The Foam Paul Huf Award is an internationally acclaimed photography prize, initiated by Foam, to support upcoming talents and provide a platform for photographers under the age of 35 from across the world.

This prize has been organised by Foam every year since 2007 and is awarded to young photographers by an international independent professional jury. The Foam Paul Huf Award consists of a cash prize of €20.000,- and a solo exhibition at Foam. Additionally, the work of the winner will be published in the prestigious annual Talent issue of Foam Magazine and included in the accompanying Talent programme. Above all, the winner will see his/her name added to an impressive list of alumni.

The winner of the Foam Paul Huf Award 2021 will be announced on 11 March.

To produce an internationally representative selection Foam annually approaches around twenty nominators from various parts of the world. Specialists and experts in the field of photography are each asked to select a number of talented photographers in their own region. The prize can be awarded for any type of photography: from documentary or applied photography, to journalistic or independent work. The winner’s work must exhibit a clear visual language and distinguish itself in both form and content.

The Dutch photographer Paul Huf (1924-2002) was known for his innovative photographic technique and was an important ambassador for the establishment of Foam Fotografiemuseum, Amsterdam in 2001. To honour this special relationship, the Foam Paul Huf Award was created in 2007 in order to stimulate and support photographers on a global scale.

The Foam Paul Huf Award is made possible by the generous support from an anonymous partner.

In 2021 Foam receives additional support from Kickstart Cultuurfonds and the Mondriaan Fund. 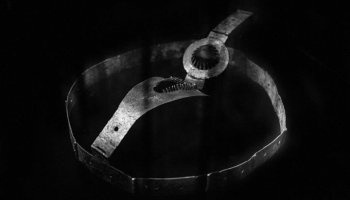