Visitors will receive one complimentary drink.

Travel Diary documents Poliza’s journey through Canada and the Lofoten Islands (Norway). Here, he photographed polar bears surrounded by greenery and flowers, in stark contrast to the normal icy whites we're used to seeing. The series is interspersed with photos of sprawling northern landscapes and behind-the-scenes shots of the photographer at work.

On 11 November, the photo series will be shown in the Foam Café, where you can also try out the Olympus gear used by the photographer.

This presentation is part of a roadshow of Michael Poliza's work, organised by Olympus. After Foam, the exhibition will go on show in a number of cities throughout Germany. 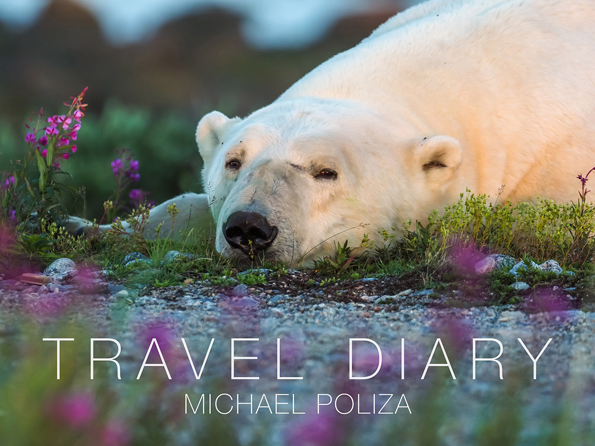 ABOUT MICHAEL POLIZA
Michael Poliza (1958) has received worldwide acclaim for his approach to nature photography. He was one of digital photography's early adapters back in 1998, and has become a celebrated photographer, both internationally and domestically, in his native Germany. Poliza’s work has won countless awards, whilst his books are widely sold in over 70 countries.

OLYMPUS & FOAM
Olympus has been one of Foam’s corporate partners since 2015. The exchange of expertise and network are central to this partnership, with a focus on Foam’s educational programs. Foam organizes workshops and events in collaboration with Olympus throughout the year.

The exhibition Travel Diary is made possible by Olympus.