How to Construct a Fairytale
On Thursday evening 6 December, the artists will guide you through their artistic practices, using their new work Forest on Location as a demonstration. With live performances by Shahram Yazdani.

ATTENTION: this event is sold out

Persijn Broersen and Margit Lukács create works built on illusions. Their video works stimulate our fantasy, but at the same time the artists reveal how their images are constructed. At Foam’s request, the duo developed a new three-part installation of sculptures and projections in which Europe’s only remaining primeval forest, Białowieża Forest, is analysed and dissected as a construct of the human imagination. In Forest on Location, the avatar of the Iranian opera singer Shahram Yazdani walks through a virtual forest – in fact a digital copy of the Białowieża Forest – while singing a song about how an old tree once addressed him. 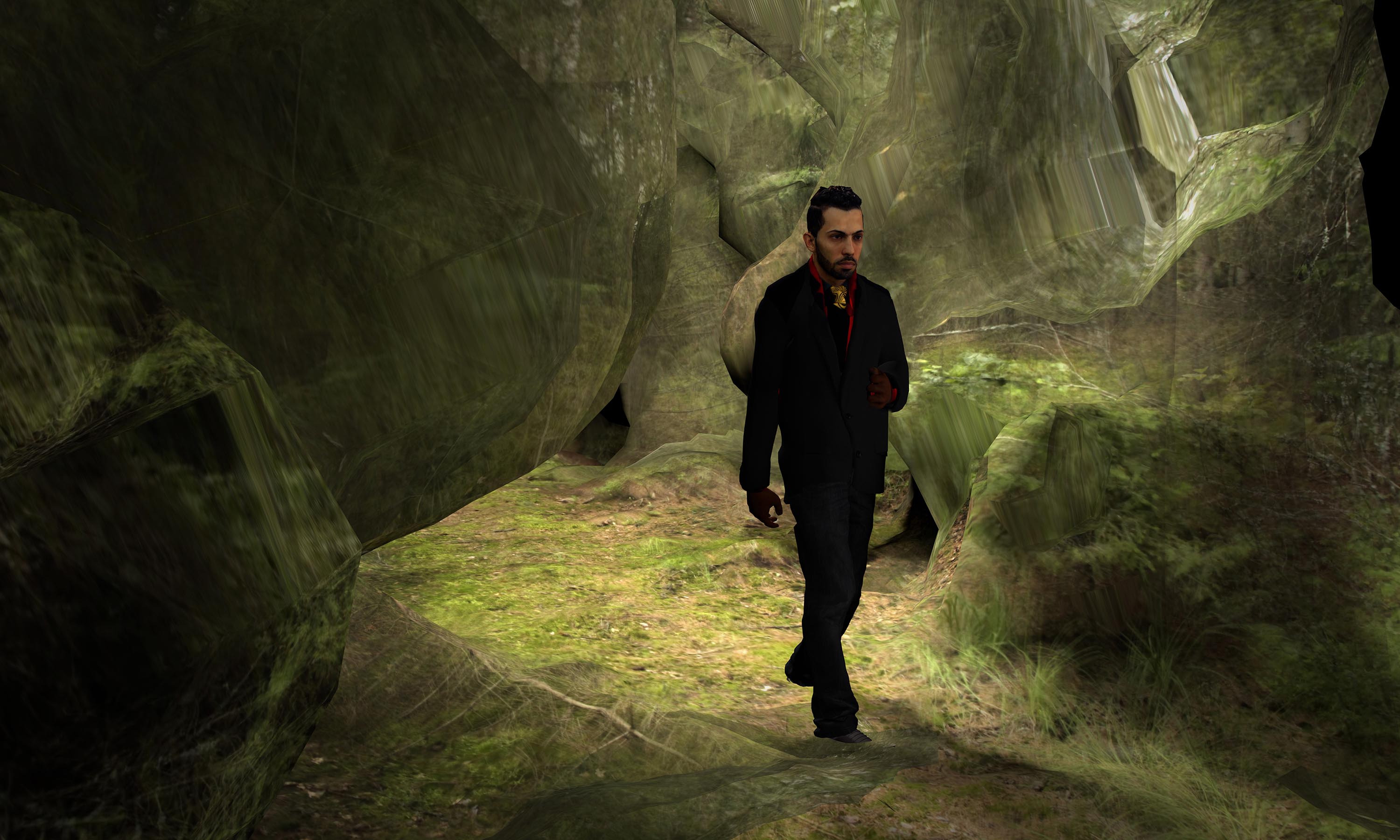 During the event, the avatar will step out of his digital world, and Yazdani will give a performance in physical form. Many in the audience will recognise the melody of the song as Nat King Cole’s 1948 hit song, Nature Boy, written by Eden Ahbez. The song fits with how Broersen and Lukács use nature as a case study to investigate our visual culture; but then the melody also turns out to have been composed by Herman Yablokoff, a Yiddish composer who was in fact from the area of Białowieża Forest. Besides Yazdani’s Persian reinterpretation he will also perform Nat King Cole’s famous song.

In this lecture performance, the artists will offer an insider’s view of the background to and creation of Forest on Location. Using this video work as an example, Persijn Broersen and Margit Lukács will discuss the role of film music, photography, cinematography, the process of image consumption, and how they reflect on the construction of today’s visual culture in their own artistic practice.

Next Level: Persijn Broersen & Margit Lukács – Point Cloud, Old Growth is supported by Ammodo and the Mondriaan Fund. Foam thanks Stichting Foam Friends and Foam Fund for their generous support of this exhibition. Read more on how you can support Foam.

How to Construct a Fairytale