Artist Talk: Daniel Shea
On Friday 23 November Daniel Shea talks about his work 43-35 10th Street in which he presents a seductive and disconcerting world of concrete, steel and glass, which traverses the boundaries of fact and fiction.

Can the perfect world be designed? And what role does image-making have to play in presenting a vision for the future? These and other questions come to mind when looking at the latest project  43-35 10th Street of American artist Daniel Shea, exhibited at Foam from 23 November 2018 – 27 January 2019. His cityscapes are poetic and timeless, yet they address the very real effects of capitalism on the urban landscape – and society at large. 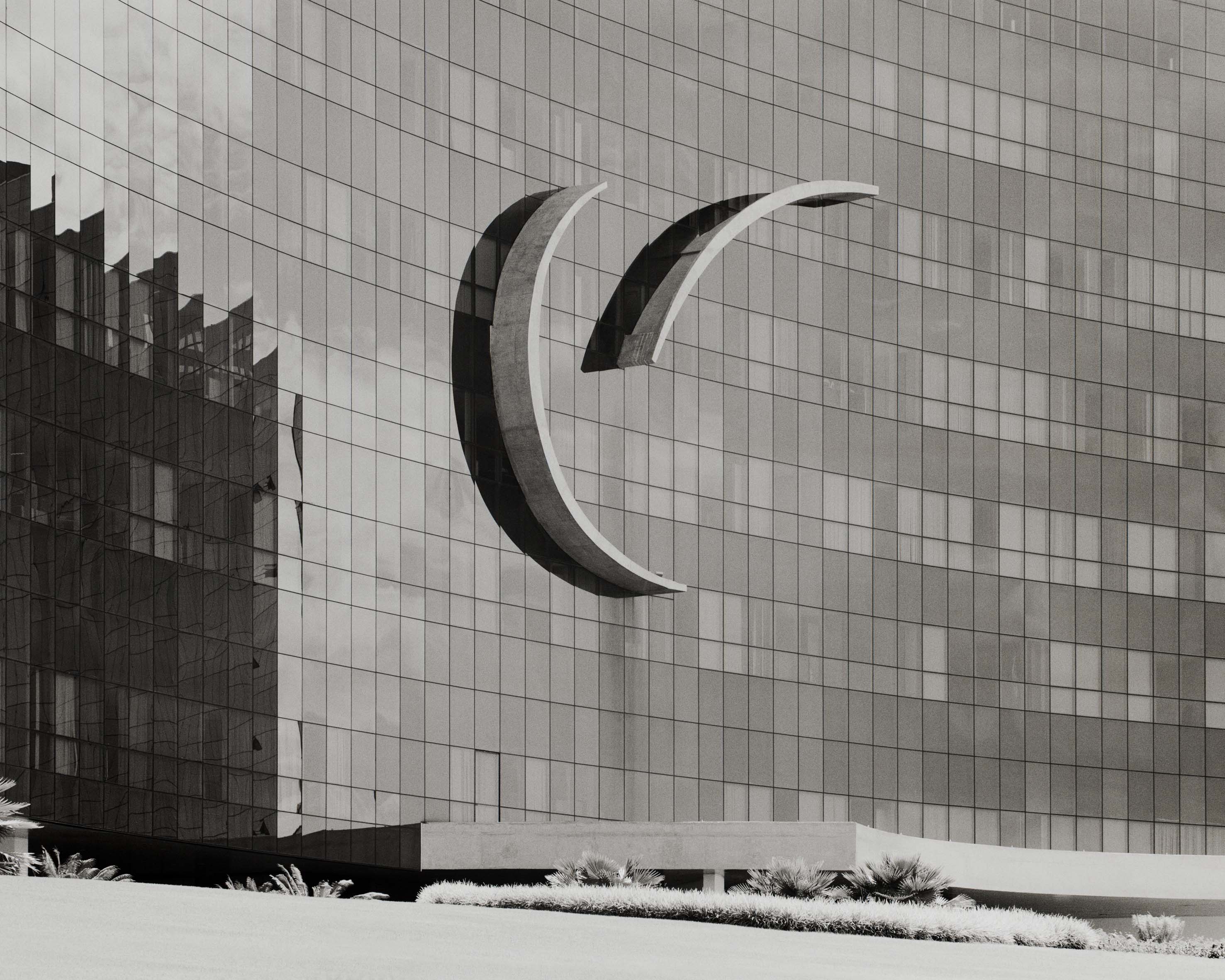 During the evening, the artist will go into conversation with Foam curator Hinde Haest about his work. The discussion will be sparked by a spoken column by Mark Minkjan from the Amsterdam-based platform Failed Architecture. He will respond to the work of Shea by addressing the illusion of perfection in architecture. There doesn’t seem to be any room for imperfection, even though this is what brings a humane touch to architecture. These architectural scars are stimuli for the mind. They raise questions, about memories and incite imaginations of a foregone past, and of potential futures. Minkjan’s spoken column is an ode to imperfection and decay. Departing from this idea Minkjan will further discuss architectural features in the series 43-35 10th Street  by Daniel Shea. The evening will conclude with a general discussion exploring the incongruity between an imagined utopia, and a sometimes dystopian reality.

Daniel Shea is the winner of the 12th Foam Paul Huf Award, which is awarded annually by an international jury to talented photographers under the age of 35.

ABOUT DANIEL SHEA
Daniel Shea was born in Washington DC in 1985. He holds a BFA from the Maryland Institute College of Art in Baltimore (2007) and an MFA from the University of Illinois in Chicago (2013). His work has been exhibited internationally and he published numerous books, including 43-35 10th Street (2018), Warehouse Condo (2016) and Blisner Ill. (2012 and 2014). Daniel Shea is the winner of the 12th Foam Paul Huf Award (2018), which is awarded annually by an international jury to talented photographers under the age of 35. Shea is represented by Webber Gallery in London and Andrew Rafacz Gallery in Chicago. The artist lives and works in New York.

ABOUT MARK MINKJAN
Mark Minkjan (1986) studied urban geographies, sociology and economics at the University of Amsterdam and has a special interest in the interplay between society and the built environment.. He is chief editor at Failed Architecture. Since 2011, they have been providing an inclusive platform for critical urban discourse, fueled by unconventional narratives from an international network of contributors. FA challenges dominant spatial fashions and explores alternative realities, reaching far beyond the architectural community. They do so by combining personal stories with research and reflection, always remaining committed to the idea that architecture is about social justice and climate justice, pop culture and subculture, representation and imagination, and everything that happens after the building’s been built. For The Guardian, he is 'leading independent urban voice' in Amsterdam. Mark contributes to numerous media, research projects, debates and events.