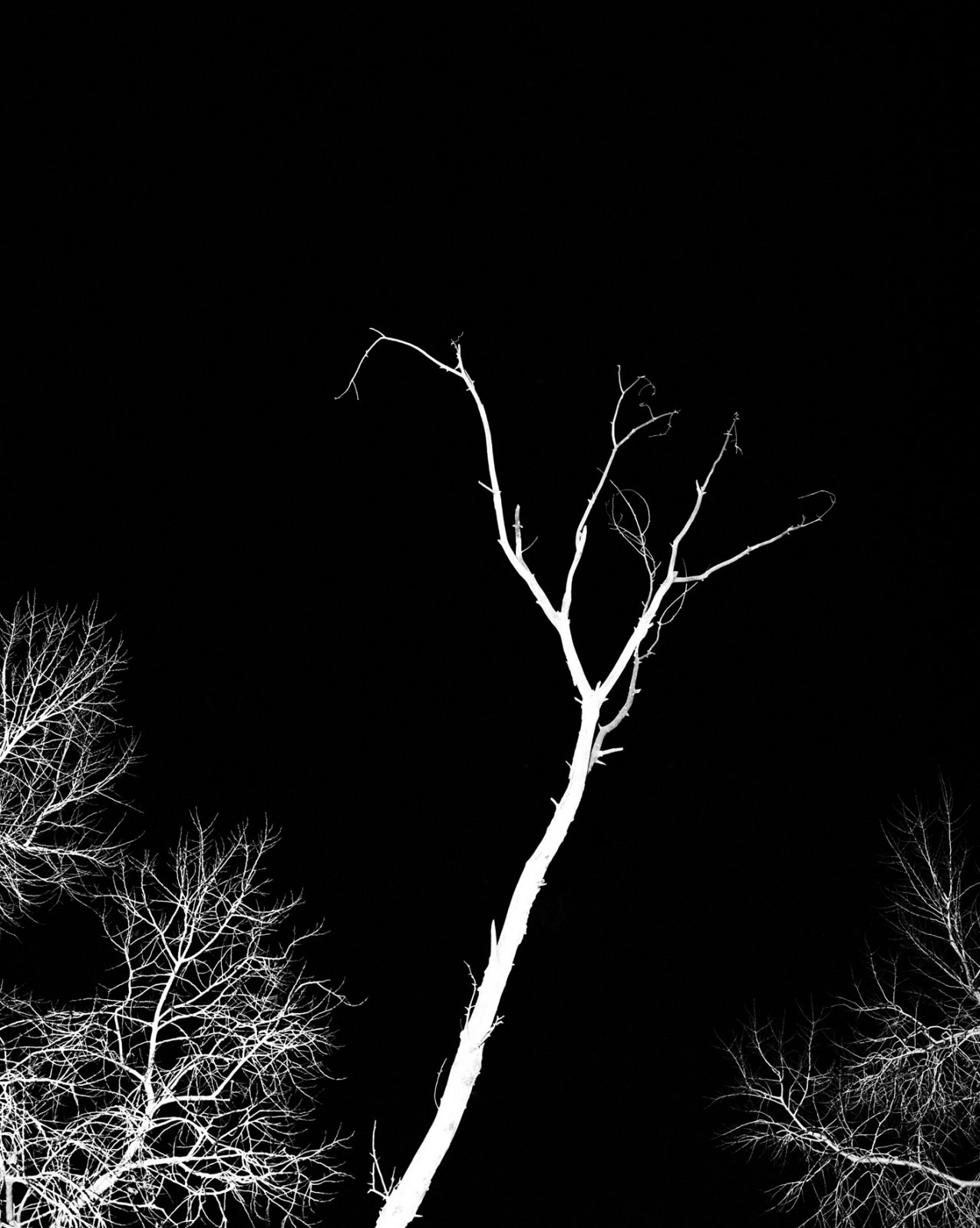 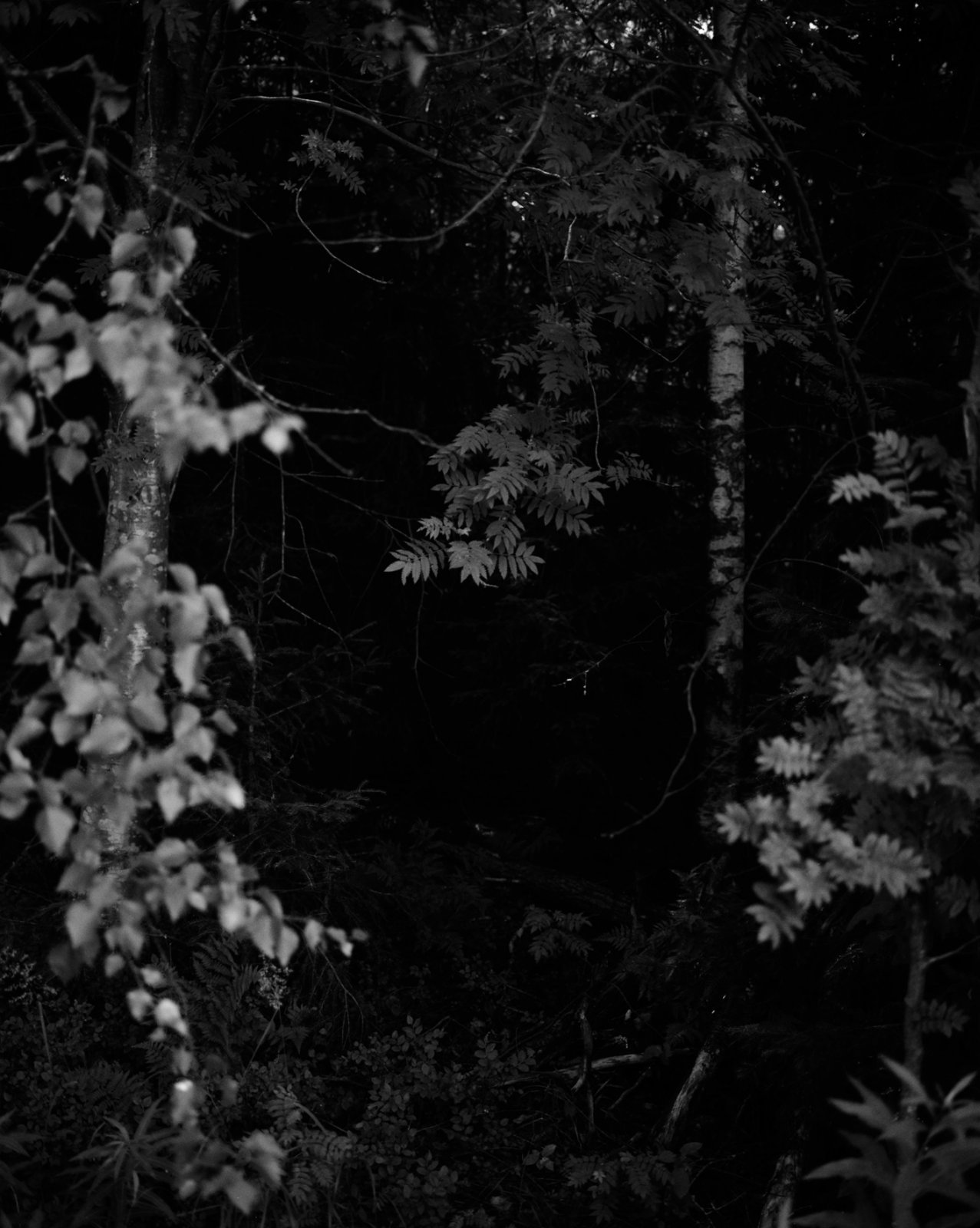 Grant Willing depicts the shadowy, rebellious, and occult world which is at the heart of Scandinavian Black Metal.

The Svart Metall series by Grant Willing (United States, 1987) is the result of an investigation into the Scandinavian ‘Black Metal’ subculture. This subculture, inspired by Pagan and Satanic ideologies, was mainly associated with violence, murder and church burnings in the 1990s – although much of this was unjustified. This is not, however, what Willing shows us in Svart Metall.

In Svart Metall, his graduate work, Willing focuses on the primary themes of the Black Metal culture such as Norse mythology, rugged nature, winter and the occult. Willing translated these themes into a series of carefully constructed images: a knife stuck into a cold, bare wall, a white tree against a pitch-black sky, a dark silhouette against a light, nondescript landscape. With this body of work, Willing has succeeded in placing the obvious association with violence in the background and returned to the subculture’s tenebrous origin.

ABOUT GRANT WILLING
Grant Willing graduated from the Parsons New School for Design in New York in 2009. He has taken part in exhibitions including The Show Must Go On in the Capricious Gallery in Brooklyn, New York (2011) and Self Publish, Be Happy in the Photographers’ Gallery in London (2010). Willing recently co-curated an exhibition, Finished, in New York City and has worked on several projects with Fjord and Humble Arts Foundation. In 2009, he published his book Svart Metall.

This exhibition was made possible with support from Van Bijlevelt Stichting and &Samhoud. 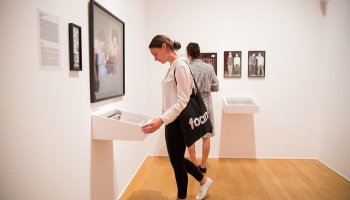