Anne de Vries grew up in a time in which the internet, Photoshop, Tumblr and mobile upload feeds came to seem entirely natural. They embrace the fluid, dynamic world that exists in the computer and the new world facilitated by it, deploying photography as an important part of a far broader artistic practice, in which a diversity of materials, techniques and methods are brought together. His visual language is strongly influenced by corporate branding, commercial visual merchandising and stock photography.

The starting point for Anne de Vries' work is the combination of abstract notions of ‘new materialism’ with the everyday, common objects and with new materials, technologies and printing techniques. His oeuvre ranges from two-dimensional digital photography and three-dimensional photo sculptures to new media installations.

In its content De Vries’ work is based on the influence of technologies on our perception and experience of the world, and the resulting social and political implications.

As De Vries puts it: “What interests me is how digital technologies are ultimately rooted in the human need to overcome physical and mental limitations. This is an ancient quest in which science, art and the spiritual are bound up together, a quest that has produced the manipulated reality of our day and of the future.”

The exhibition is a reflection on the appeal of progress, the position of the individual among the masses and the roll of imaging in an increasingly globalised economy.

NEXT LEVEL
From autumn 2015, Foam is organising the Next Level exhibition series with support from Ammodo. This series aims to introduce a broad public to the innovative art of relatively young image-makers who take a revolutionary approach to the medium of photography. Anne de Vries is the first selected artist in this series.

ABOUT ANNE DE VRIES
Anne de Vries has participated in numerous international group exhibitions, including the Mambo Museum , Bologna (Italy), Museum Angewandte Kunst, Frankfurt am Main (Germany), Museum De Hallen, Haarlem (Netherlands), Minneapolis Institute of Arts, Minneapolis (USA) , The Moving Museum, Istanbul (Turkey) and Foam, Amsterdam (Netherlands). His work is included in several private and corporate collections and the collections of Rhizome, New York (USA) , Museum Winterthur (Switzerland) and Foam, Amsterdam (The Netherlands). He was a resident at the Rijksakademie van Beeldende Kunsten from 2011-2012 . He studied at the Rietveld Academy in Amsterdam and at the Cooper Union for the Advancement of Science and Art , New York (USA). The artist is represented by Galerie Martin Zomeren in Amsterdam. 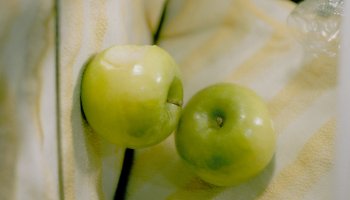