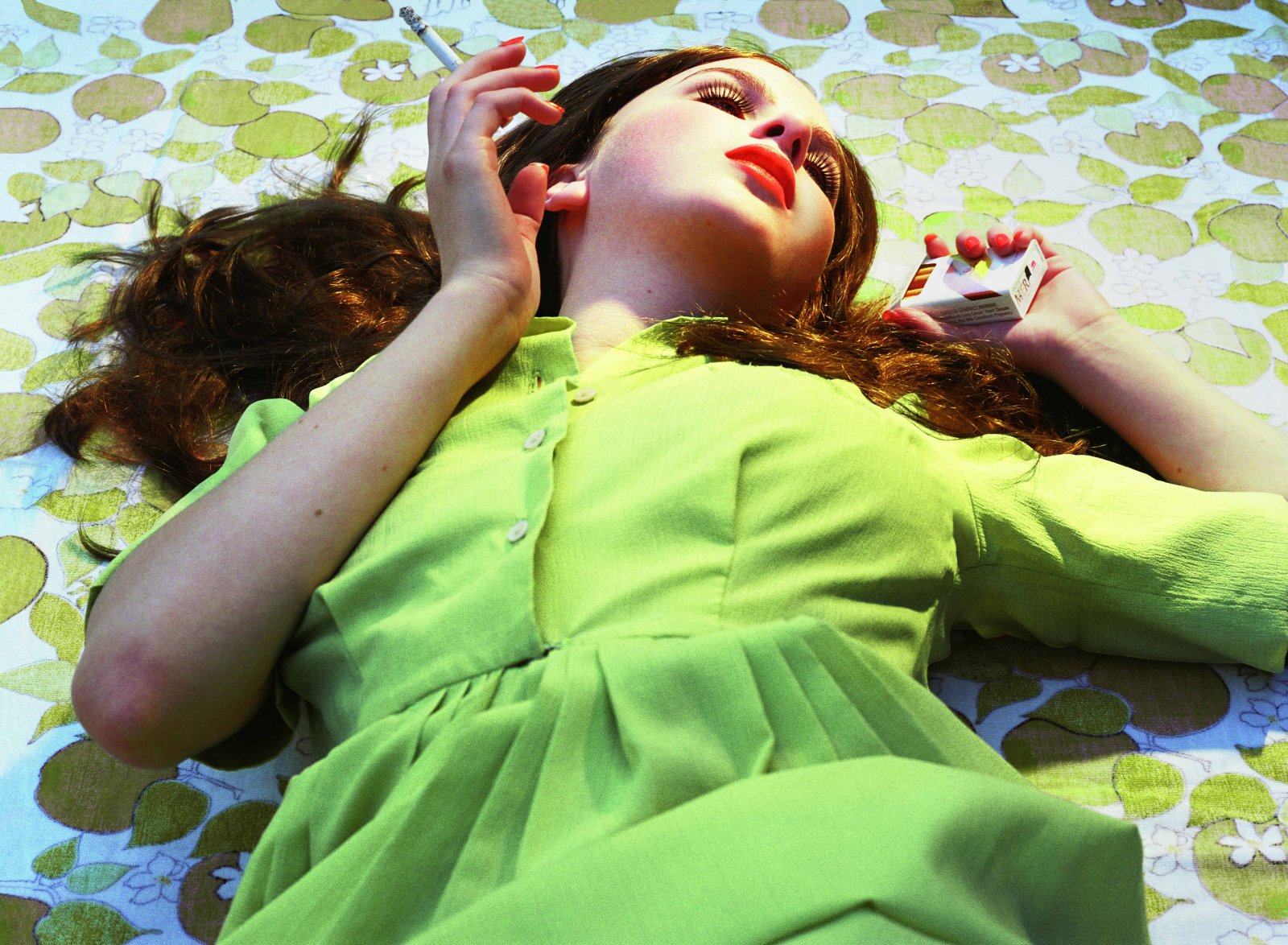 Silver Lake Drive, the second solo-exhibition by Alex Prager at Foam, is a retrospective of more than ten years of work by the American photographer and filmmaker.

In 2012, the American artist Alex Prager (1979, Los Angeles) won the Foam Paul Huf Award for her series Compulsion. Seven years later, Prager returns to Foam with an exhibition Silver Lake Drive. Prager’s work is cinematic, drawing inspiration from her surroundings, personal experiences, street photography, pop culture and film. She utilises a range of style elements reminiscent of early film genres such as film noir, thriller, melodrama and crime fiction. Women have frequently been the protagonist in Prager’s work, driven by emotion. Through the use of saturated colours and familiar imagery, Prager is able to create her own unique world where she explores darker topics in a seductive and unsettling way.

Prager’s work is rooted in the photographic tradition of William Eggleston, Diane Arbus and Cindy Sherman, each of whom mastered the art of freezing the indeterminable everyday moment. Prager’s oeuvre consists of heavily staged, large format images using rich colours. Her photographs can be seen as ‘single frame narratives’ that capture enigmatic stories within the edges of the frame. Both her photographs and films are characterised by the absence of a linear narrative; each of the works recounts a bizarre, perpetual unreality.

ABOUT ALEX PRAGER
Alex Prager is self-taught. Her career took flight after her work was exhibited in the MoMA exhibition New Photography (2010). In 2012, she was awarded the Foam Paul Huf Award and her series Compulsion was exhibited in Foam. Her work has since been exhibited around the world in a range of prominent galleries and museums. Prager’s photographs have been featured in publications including Foam Magazine, New York Times Magazine, American Vogue, W Magazine and Art in America. Her work features in the collections of numerous museums, including Foam, MoMA in New York, the Whitney Museum of American Art, the San Francisco Museum of Modern Art, Kunsthaus Zürich and Moderna Museet in Stockholm.

Visit and revisit Alex Prager - Silver Lake Drive, other exhibitions and events as a Foam Member.

Prager’s native city of Los Angeles serves as both a source of inspiration and the backdrop to many of her series, such as Polyester (2007), Week-end (2010) and Compulsion (2012). Although the images appear to be capturing fleeting moments, they are preceded by a laborious production process. For her film Face in the Crowd (2013), for example, Prager had a team of more than 150 people at her disposal, in addition to 350 extras and a collection of props that the artist amassed over a period of 12 years. By composing her work using elements of decor, Prager sketches the framework of an open-ended story before allowing the viewer to complete the narrative.

Prager’s most recent film, La Grande Sortie, consists of photographs and film images shot against the backdrop of the Opera Bastille in Paris. The series leads the viewer on a journey through the emotions that a prima ballerina (Emilie Cozette) experiences during her dance performance – ranging from being moved to sheer panic. The film concludes the retrospective and is a homage to the equally banal and fantastical hyper reality that is inherent to film and theatre and the silver screen.