The work of WassinkLundgren develops from small observations or humorous twists of situations from everyday life. Their starting point is always a social interest in the world around them, but equally interesting to them is how the medium of photography can deform reality.

WassinkLundgren playfully subvert some of the unwritten rules of the medium. Like in Tokyo Tokyo, a series of diptychs in which the decisive moment is approached in a lighthearted way. Or Empty Bottles, which catches 24 Chinese people as they scavenge bottles placed by the photographers in various locations. This approach could be called 'conceptual documentary', where repetition, playfulness, investigating the medium of photography and collaboration are all important. 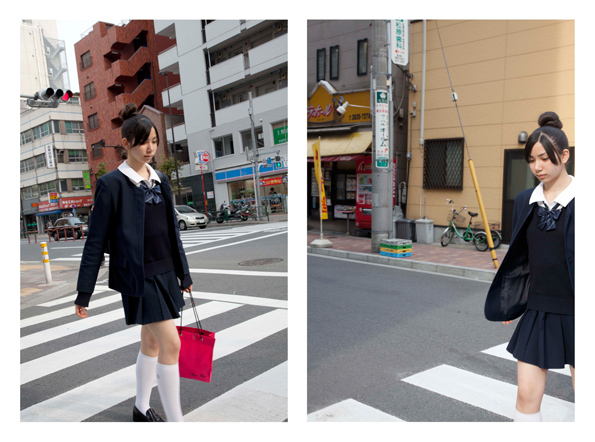 ABOUT WASSINKLUNDGREN
WassinkLundgren consists of Thijs groot Wassink (1981) and Ruben Lundgren (1983). Both graduated in 2005 from the photography department of the School of Arts in Utrecht. During the last year of this course they decided to work in collaboration. Subsequently, Thijs groot Wassink completed his Master Fine Arts at Central Saint Martins in London and Ruben Lundgren received his Master in Photography at the Central Academy of Fine Arts in Beijing. The duo has had several group and solo exhibitions in The Netherlands and abroad. WassinkLundgren first exhibited at Foam in 2007.