Walk and Talk | Brassaï
The &lsquo;Eye of Paris&rsquo;: the city as seen through the lens of Brassa&iuml;.

On Friday evening 13 September, you are welcome to join the curatorial tour of the exhibition Brassaï. While walking through the museum, Peter Galassi, former Chief Curator of Photography at The Museum of Modern Art (New York) and curator of this rich retrospective, will go into conversation with Foam curator Mirjam Kooiman about the work and life of one of the most iconic photographers of the 20th century.

Brassaï (1899- 1984) created countless iconic images of 1930s Parisian life. He was famous for capturing the grittier aspects of the city, but also documented high society, including the ballet, opera, and intellectuals - among them his friends and contemporaries like Pablo Picasso, Salvador Dalí and Henri Matisse. In his quest to cover all of the facets of Paris, he also immersed himself in the city's darker side. For Brassaï the gang members, outcasts, prostitutes and drug addicts all represented the least cosmopolitan aspect of Paris, an aspect that was more alive and more authentic. He compiled a huge collection of images of entertainment venues, ranging from night clubs to popular festivals and featuring the people who frequented them. It is why American novelist Henry Miller coined Brassaï the ‘Eye of Paris’. 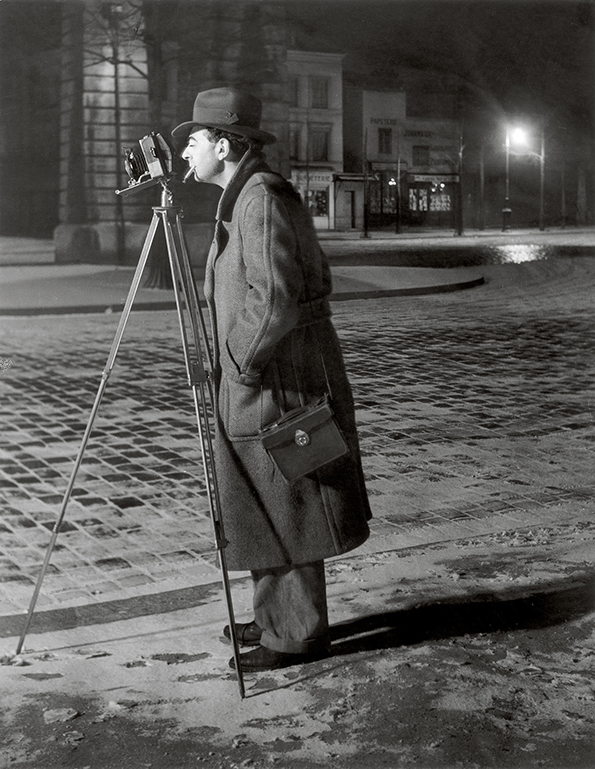 The exhibition at Foam gathers many of the artistic facets of the photographer. Brassaï organized his photographic archive in themes, which have been the leading principle for the set-up of the exhibition: Paris by Day, and by Night, Minotaure, Graffiti, Society, Places and Things, Personages, Sleep, Pleasures, Body of a Woman, Portraits – Artists, Writers, Friends and The Street. Each is very different from the next – reflecting the diversity of Brassaï’s photographic work.

Brassaï is organised by Fundación MAPFRE in collaboration with Foam.