His extensive pictorial narratives, accompanied by captions and comments, appeared in magazines such as the world-famous American periodical Life in the 1950s, the heyday of photographic journalism. Smith’s black-and-white reportages exhibit a powerful sense of involvement, dealing with subject matter that reflects his social commitment.

His tremendous sense of involvement, his essential humanism and his desire to achieve social change are all characteristic of W. Eugene Smith’s photography.

Foam features six of his series, including The Country Doctor (1948), acclaimed as photojournalism’s first official photo essay. Other famous series such as Nurse Midwife, A Man of Mercy, Spanish Village, Pittsburgh and Minamata are also shown in the exhibition. Alongside the photos, magazines are on display as well as the short documentary entitled Lamp Unto My Feet. 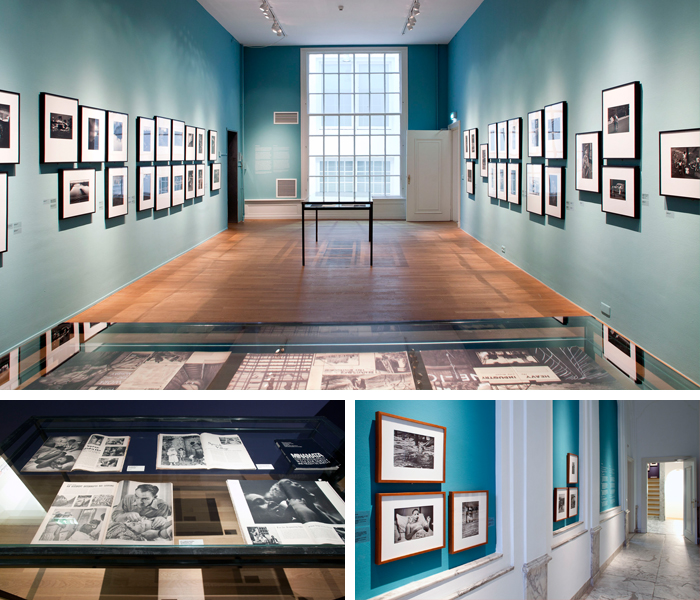 ABOUT W. EUGENE SMITH
Smith became interested in photography at an early age, inspired by his mother who was an enthusiastic amateur photographer. At fifteen, he published his first picture in a local newspaper. This marks the start of his professional career as a photographer for publications such as Newsweek, culminating in his appointment at Life. It was in this magazine that he published about fifty series, including The Country Doctor, Nurse Midwife, A Man of Mercy and Spanish Village.

And yet, his tenure at Life was marked by constant conflict with the editors. Smith researched his stories thoroughly and submitted his photos with extensive captions, notes and lay-out suggestions. These were generally ignored, which eventually led to Smith’s resignation.

In 1955, Smith joined Magnum in the hope that this would give him the freedom to publish his photos the way he wanted. His first project for Magnum, Pittsburgh, was also his last: the series failed to meet his exacting demands. Smith invested all his emotional and financial resources in Pittsburgh. Subsequent reportages, such as Minamata, suffered a similar fate.

Having been wounded while taking pictures on the front line during the Second World War, overcome by frustration and bedevilled by his own perfectionism, Smith succumbed to drug and alcohol abuse. His health quickly deteriorated. He ended his career as professor at the Center for Creative Photography in Tucson, only to die shortly after his appointment.