Vivian Maier
Vivian Maier, Street Photographer is a retrospective exhibition featuring the work of a female street photographer whose impressive oeuvre was only discovered at the end of her life &ndash; and immediately caused a worldwide sensation.

Vivian Maier (New York, 1926 – 2009) worked as a professional nanny throughout her life. In her free time, she documented life in large American cities such as New York and Chicago, although no one in her immediate circle ever saw the results.

She left behind an imposing body of work, consisting of 150,000 negatives. Its quality can be compared to that of famed contemporaries like Joel Sternfeld, Joel Meyerowitz, Elliot Erwitt and Garry Winogrand, and these days, she is an iconic photographer.

Besides photos, she also made countless motion pictures and audio recordings. The exhibition at Foam contains photographic work from the 1950s to 1980s in both black-and-white and colour, as well as films. 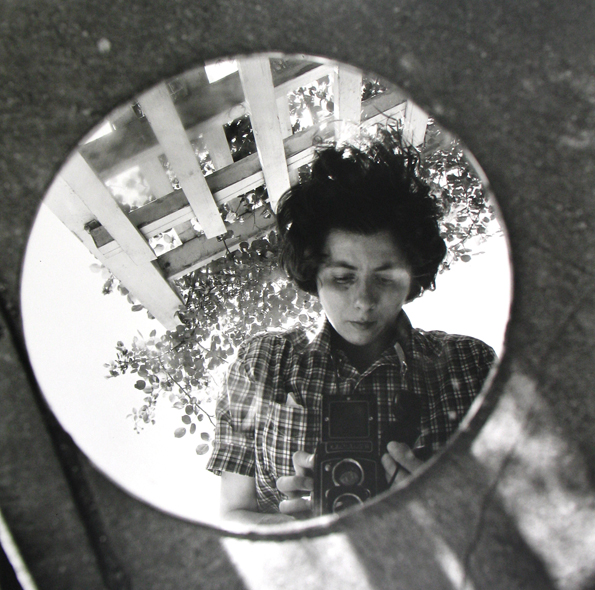 During her life, most of the work of the very private Vivian Maier never saw the light of day. In 2007, just two years before her death, most of her negatives were auctioned off and got into the hands of historian and collector John Maloof, who recognised the quality in her work. After he published the photographs on the internet, suddenly the entire world was interested in Vivian Maier’s street photography. Maier had a knack for moving inconspicuously through the streets, a Mary Poppins-type with a hat, a long dress, a woollen coat and men’s shoes; but her pictures are utterly characteristic and revealing, revealing a great eye for detail and composition.

This exhibition has been made possible in cooperation with diChroma Photography.

ABOUT VIVIAN MAIER
Vivian Maier, born in the US to a French mother and Austrian father, had a solitary nature. She lost both of her parents early on, so she was forced to become independent at a young age. In 1951 she became a nanny, work she continued to do for the rest of her life. Those who were acquainted with her characterised Maier as extremely intelligent, eccentric, curious and a free spirit. She documented all that caught her attention, in photos as well as sound and motion pictures.

She remained single all her life and had no children of her own, but she cared for the children she was looking after like they were hers. The Gensburgs, a well-to-do Chicago family, with whom she moved in in 1956, gave Maier her own bathroom, which became her first darkroom. Her photographic work, at first predominately black-and-white, focused on societal subjects: street life, the disadvantaged and immigrants. After the children grew up, in the 1970s, Maier was forced to seek work with other families. She was then no longer able to develop her own film and her exposed film rolls began to pile up. During that time Maier experimented with colour film, which caused a new approach in her photography and led to more abstraction. 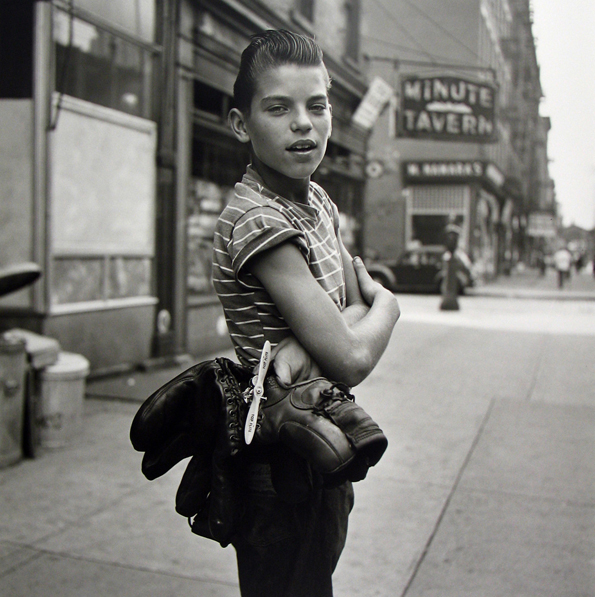 In the 1980s she was again confronted with developments that made her photography more difficult. Financial problems and the lack of a fixed address caused her film rolls to pile up even more. Sometime in the late 1990s, Maier put down her camera for good and her possessions were placed in storage while she tried to keep her head above water. The Gensburg children arranged a small studio for her, saving her from becoming homeless. The photo archive fell into oblivion, however, until it was finally auctioned off for non-payment in 2007. The archive was sold in multiple lots to various parties and John Maloof came to possess a great deal of the work. Only after he had the work further investigated did its remarkable quality become apparent. The Vivian Maier, Street Photographer exhibition is based on the material that John Maloof came to own.

In 2008 Maier suffered a nasty fall on the ice in Chicago and died in April 2009. She left behind an immense photographic archive.