Uitmarkt 2019
Meet Foam at De Uitmarkt 2019 during the masterclass about the upcoming exhibition <a href="/museum/programme/brassai">Brassa&iuml;</a>, or participate in a workshop and win a fabulous prize.

From September onwards Foam will exhibit the first retrospective of Brassaï in the Netherlands. This French photographer of Hungarian descent is considered as one of the key figures of 20th-century photography. Brassaï (1899- 1984) created countless iconic images of 1930s Parisian life. He was famous for capturing the grittier aspects of the city, but also documented high society, including the ballet, opera, and intellectuals - among them his friends and contemporaries like Pablo Picasso, Salvador Dalí and Henri Matisse. 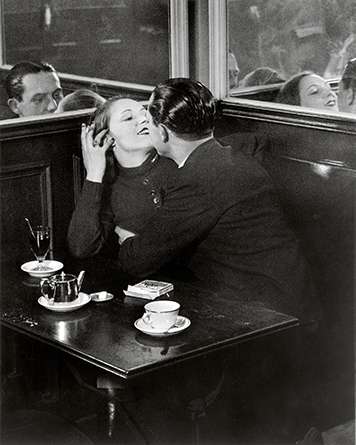 Couple in a Café, near the place d’Italie, c. 1932 © Estate Brassaï Succession, Paris

The curator of the exhibition will take you into the creation of this exhibition at Foam, which traces his career with over 170 vintage prints, plus a selection of drawings, a sculpture and documentary material all on show.

Participate in a photography contest for all ages! Foam will teach you how to take a good picture during the super-speed-photography-workshop. Under the guidance of a museum teacher, you'll be photographing with your own smartphone. You'll learn that making a beautiful portrait does not depend on the type of camera, but on choices you make regarding position, frame and moment. The winner gets rewarded with a year of free access to Foam for you and your family!

> Read more about workshops and tours

ABOUT DE UITMARKT
The Uitmarkt is a vibrant three-day celebration of the Netherlands' cultural scene. It is the largest annual festival in the country, officially launching the new cultural season by showcasing the very best in music, art, theatre, dance, opera, literature and cabaret performances. Some 2,000 performers take to almost 30 Amsterdam venues, entertaining half a million visitors throughout the weekend.

De Uitmarkt 2019 is taking place from Friday 23 until Sunday 25 August at Museumplein and Leidseplein in Amsterdam.