The Microcosmos of Scheltens & Abbenes
On Wednesday evening, 29 May, Maurice Scheltens and Liesbeth Abbenes will lead you through the universe of objects from their exhibition ZEEN.

ATTENTION
This event is sold out

After a reflection on the work by the acclaimed British writer, critic and curator David Campany, he will be in conversation with Scheltens & Abbenes and discuss the way they work, their fascination with the world of things, the role of the camera and their sense of aesthetics. Finally, Foam curator Kim Knoppers will speak about the work of Scheltens & Abbenes in relation to the Dutch tradition of product and still life photography.

ATTENTION: this event is sold out 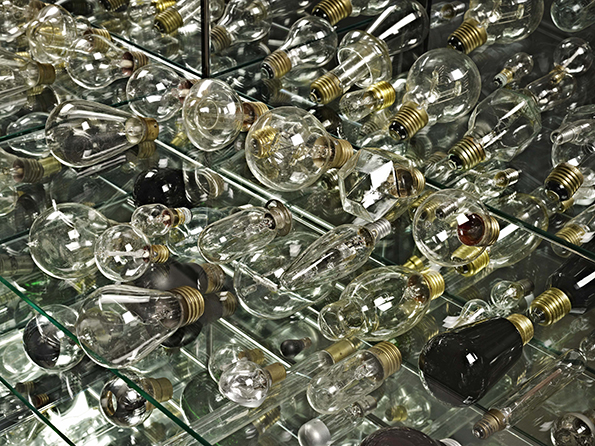 Read more about the exhibition Scheltens & Abbenes - ZEEN, on view at Foam from 15 March until 5 June 2019 here.

ABOUT SCHELTENS & ABBENES
Scheltens & Abbenes have been an artist duo since 2001. Maurice Scheltens studied at the Royal Academy of Art in The Hague, and Liesbeth Abbenes attended the Gerrit Rietveld Academie and the Rijksakademie van Beeldende Kunsten in Amsterdam. Scheltens & Abbenes produced commissioned photography for fashion and design brands such as Paco Rabanne, Maison Margiela, COS, Hermes, Scholten & Baijings, Arper, Muller van Severen, Arita, Mutina and editorials for magazines including Fantastic Man, The Gentlewoman, Double, Pin-Up magazine, MacGuffin, The Plant and New York Times Magazine. They have had exhibitions at Jan Cunen Museum (2012), Huis Marseille (2013), De Kunsthal in Rotterdam (2013), The Ravestijn Gallery (2018), Limart/Tokyo (2012), Palais Galliera Musée de la Mode Paris (2012), The Art Institute of Chicago (2013) and Three Shadows Gallery/Beijing (2015). The books On Display (2008), I Put This Here (2012), Le Style (2012) and Unfolded (2012) have all become collectors’ items. Simultaneously with the exhibition, CASE Publishers has published the same-titled book ZEEN. Scheltens & Abbenes won the ICP Infinity Award in New York (2012).

ABOUT DAVID COMPANY
David Campany is a curator and writer, currently based in London. He teaches at the University of Westminster, London. He is the curator of three-city Biennale für aktuelle Fotografie, 2020. Recent curatorial projects include The Still Point of the Turning World: Between Film and Photography (FoMu Antwerp, 2017); The Open Road: photography and the American road trip (various venues, USA, 2016-); A Handful Dust (Le Bal, Paris, 2015; Pratt Institute New York, 2016; the Whitechapel Gallery London, 2017; The California Museum of Photography, 2018; David’s most recent book is So Present, So Invisible – conversations on photography (2018). He has written over two hundred essays for monographs and museums. He contributes to Frieze, Aperture, Source and Tate magazines.

ABOUT KIM KNOPPERS
Kim Knoppers is an art historian and curator at Foam since 2011. She has worked on solo exhibitions by Melanie Bonajo, Adam Broomberg & Oliver Chanarin, Anne de Vries, Geert Goiris, Taiyo Onorato & Nico Krebs and Lorenzo Vitturi, and group exhibitions including RE-Search: Alumni Rijksakademie, Collaborate: On Artists’ Collectives and Back to the Future: The 19th century in the 21st Century. She also initiated several archival exhibitions on commercial photo studios like Fotogalatasaray - Maryam Şahinyan's Photo Studio (2013), Disfarmer – The Vintage Prints (2016), Dynasty Marubi - A Hundred Years of Albanian Studio Photography (2016). Kim is a lecturer in the MA Photography program at École cantonale dárt de Lausanne (ECAL) where she initiated and developed the course Do Not Disturb – Curating in Progress. She contributes on a regular basis to Foam Magazine.

The exhibition Scheltens & Abbenes – ZEEN is made possible by BeamSystems, the Mondriaan Fund and Kleurgamma Fine-Art Photolab. Courtesy of The Ravestijn Gallery Amsterdam.

The Microcosmos of Scheltens & Abbenes