What role does perception play when telling a story? Photographer Aàdesokan (Nigeria) feels the weight of the story that will never get told. Representation is always subjective. This is how the human mind functions.

The exhibition tells the story of the man Fordili, a fictional character and imagined representation of the Lagos street hustlers, portrayed through a stone head imaginary allusion. The deconstruction of each image into its primary colour components opens a space for dialogue between the idea and reality of Fordili.

This series was conceptualised as a visual response to dialogues with Aàdesokan’s perception of Fordili’s everyday reality, as he commutes the streets of Lagos. 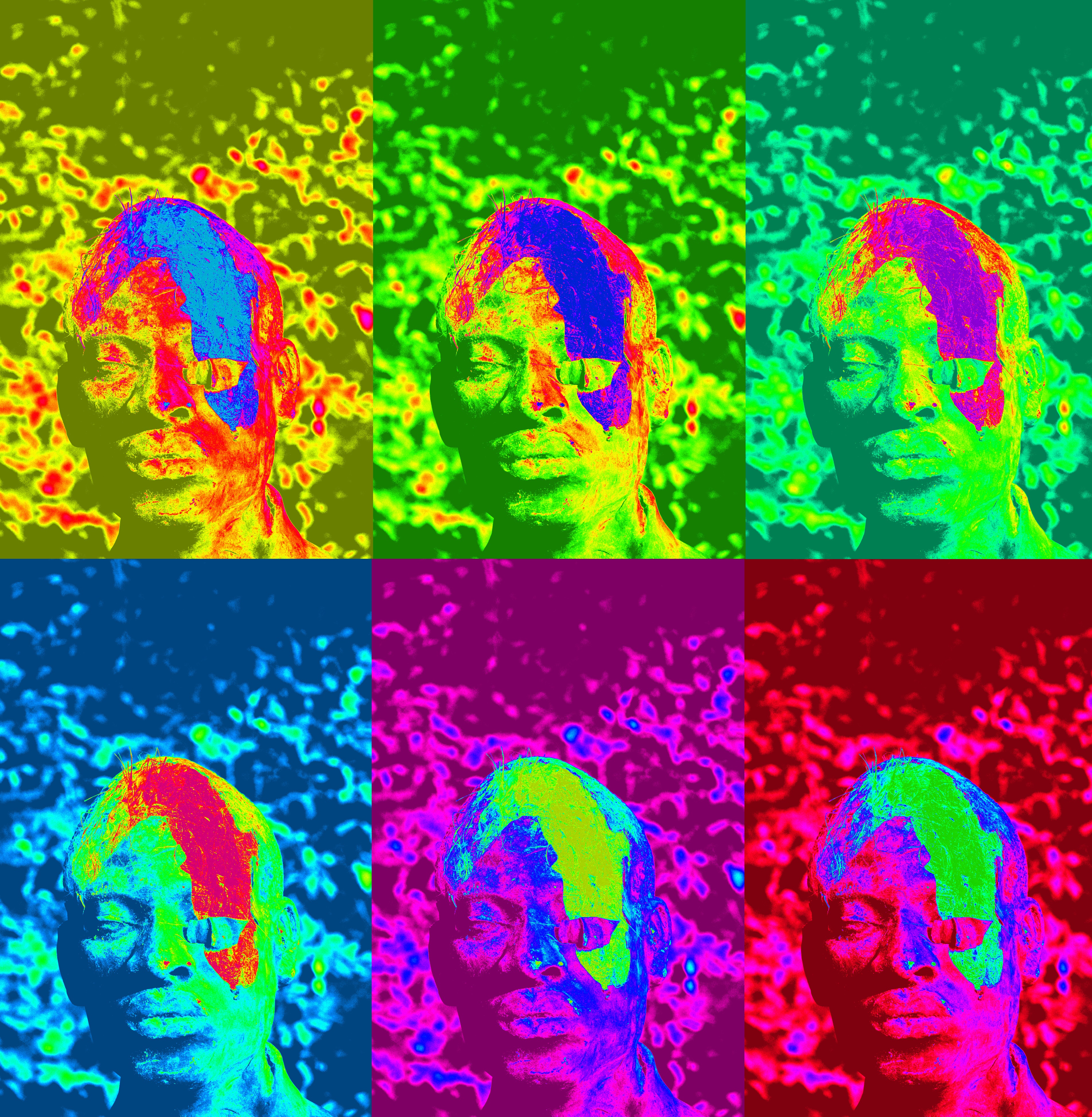 ABOUT AÀDESOKAN
Aàdesokan (b. 1994, Lagos) creates for revelation and aims to interrogate the mind. His own mind and its endless perceptions have been exposed
to various psychoanalytic methodologies by his psychologist father at an early age. Although his expressions are eclectic, his works usually stem from ceaseless inquisitions realised through research whilst leveraging his background education as a Mechanical Engineer to formulate balanced compositions of art, photography and literature.

-> Aàdesokan is also part of the exhibition Foam Talent | Digital.