Stanley Greene
Foam presents Black Passport, a project by and about the American conflict photographer Stanley Greene (New York, 1949). 'I think you can only stay positive for eight years. If you stay at it longer than that, you turn. And not into a beautiful butterfly.'

Black Passport shows photos of conflicts and disasters combined with photos of Greene’s private life. The result is a revealing portrait of a photographer who is addicted to the adrenaline rush of being on the move, but at the same time realises the sacrifices he makes in his personal life. Stanley Greene has photographed in regions such as Chechnya, Iraq, Rwanda and Sudan and is one of the founders of the international photo agency NOOR.

Every day, newspapers and magazines are filled with photos of war, oppression and violence. The photographer that enables us to watch what is happening in the rest of the world from the safety of our own homes, however, usually remains invisible. This is not the case in Black Passport, the biography of war photographer Stanley Greene.

Photos of conflict and disaster regions such as Rwanda, Sudan, Chechnya and Iraq are alternated with photos from the private life of Stanley Greene: photos of Paris and many women. Slide shows will also be presented, interspersed with texts from the book. Meanwhile, Greene’s voice resounds through the exhibition space. 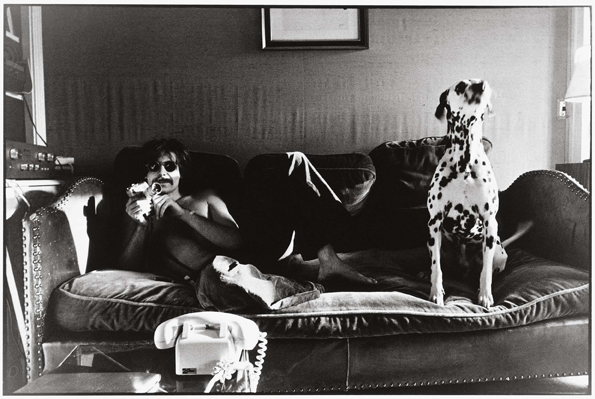 The exhibition has been produced in close cooperation with Teun van der Heijden, the compiler and designer of Stanley Greene’s book, Black Passport. Van der Heijden is a graphic designer and has for many years worked with World Press Photo and renowned international photographers.

ABOUT STANLEY GREENE
Stanley Greene has photographed in the former Soviet Union, Central America, Asia and the Middle East. His work has appeared in publications including Newsweek, The New York Times Magazine, Stern and Paris Match. He has won various World Press Awards and in 2004 the W. Eugene Smith Award. Open Wound: Chechnya 1994–2003 was published in 2004 and his book Black Passport in 2009. Greene is one of the founders of the Amsterdam-based international photo agency NOOR.