Soweto Blues – The Instruments of Salvation
In conjunction with the major monographic exhibition of Santu Mofokeng at Foam, you are invited for an evening of conversations and music inspired by his life and work.

This April marks the 25th anniversary of South Africa’s first democratic elections and the end of apartheid. Santu Mofokeng (b. 1956) documented everyday life during and after apartheid, offering a more nuanced understanding of daily life at a time when propaganda dominated the media.

During Soweto Blues – The Instruments of Salvation, Foam curator Hinde Haest will go into a conversation with independent curator Thato Mogotsi about Mofokeng’s legacy and the position of his oeuvre in the (photographic) history of South Africa. Eleven of his visual stories, many of which have never been shown before, will function as a starting point to think about the power of image-making in the formation of collective historical consciousness.

Throughout the evening, Amsterdam-based musician Joya Mooi will perform musical intermezzos, inspired by her Soweto-roots and her turbulent family history. The performances centre around three visual stories by Santu Mofokeng that resonate with the artist's personal experience of being part of the South-African diaspora in The Netherlands.

The evening will conclude with time for questions and discussion. The exhibition and Foam Café will remain open until 21.00 hrs. 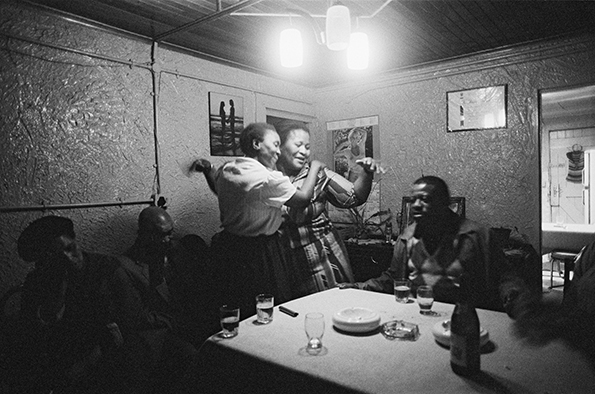 ABOUT THIS EVENING'S SPEAKERS
Thato Mogotsi is an independent curator and current recipient of the Thami Mnyele Foundation Residency Award (17 Jan - 10 April 2019).

Joya Mooi (1990) has many musical faces that are all characterised by her background as a conservatory-trained jazz musician and her interest in contemporary music. She writes and sings her own music.

Read more about the exhibition Santu Mofokeng – Stories, on view at Foam from 15 February until 28 April 2019 here.

The exhibition Santu Mofokeng – Stories was created in collaboration with Joshua Chuang. Courtesy of Santu Mofokeng and Lunetta Bartz, MAKER. Foam thanks Steidl Verlag for their advice and involvement.

Soweto Blues – The Instruments of Salvation