Samuel Gratacap
Samuel Gratacap (1982, FR) has been collecting the stories of the migrants he meets in Tunisia, Libya, Italy and other countries since 2007.

Based on the testimonies of the people he encounters, he retraces their paths through Europe and Africa. His work examines the places that mark migration routes: the border crossing points, the waiting rooms for day labourers, prisons – but also the pathways to a new identity. Gratacap goes beyond the scope of most news media, encountering deplorable situations that reveal the economy around migration, from human smuggling to slavery. His photography occupies the middle ground between art and photojournalism to reveal the on-going humanitarian tragedy of a system that maintains itself through a vicious circle. 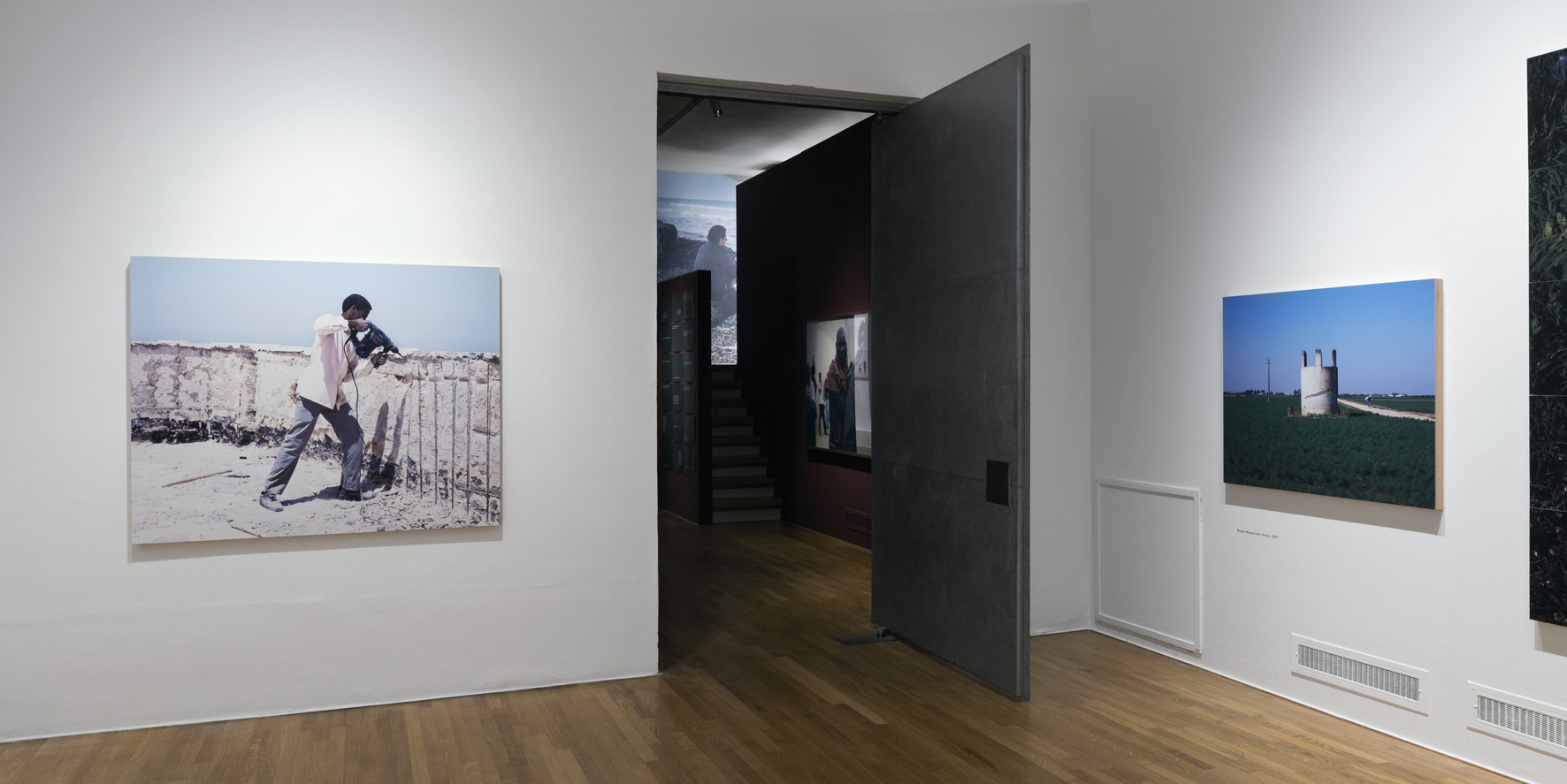 Foam presents a selection of Gratacap’s works made in various locations over the last ten years, from Lampedusa to Tunisia, Libya, and back to Europe via the Italian mainland. The exhibition comprises both photographs and videos, as well as audio excerpts. The works show Gratacap’s reflections on the connections between geopolitical decisions, economic interests and money-making schemes in the form of human smuggling and slavery, and the direct impact this has on the people involved. Although the artist adopts a research methodology, his photographic approach to his subjects is sensitive and intuitive. Since his first series, Gratacap has continued to create projects that follow from his constant travels. In addition to the series Empire (2012-2014), Foam also juxtaposes a large selection of both previous and more recent series and video works, some of which are being displayed to the public for the very first time.

Following Henk Wildschut – Calais - From Jungle to City and Ai Weiwei - #SafePassage, this is Foam’s third exhibition that directly addresses the current reality of migration through artistic reflection.

Visit and revisit Samual Gratacap - Les Invisibles, other exhibitions and events as a Foam Member.

The works in this exhibition received the support of the FNAGP, the CNAP, the agnès b. endowment fund and Olympus.

The exhibition was developed in collaboration with Galerie Les Filles du Calvaire, Paris.

FACELESS
In 2007 Samuel Gratacap sought access to a detention centre in Marseille to gain an understanding of the reality behind immigration statistics. Every project that Gratacap has created since is prompted by the people he meets and who point him to the next step on his journey. In 2012, Gratacap continued his travels by crossing over to Tunisia, where he spent twelve months in the refugee camp of Choucha and the neighbouring border town of Ben Gardane, spread over the course of two years. He gradually learned to relate to the waiting people, who, unlike himself, had nowhere to go and had no choice but to somehow sustain themselves in harsh conditions. The photos Gratacap took in Choucha are portraits of faceless people, wrapped from head to toe in cloth as protection against the sun, wind and sand. At the same time, they are also losing their identity because they cannot return to where they came from, and are denied the opportunity to build themselves a future.

ECONOMIC MOTIVES
In Choucha, Gratacap became acquainted with many war refugees from Libya. This prompted him to continue his journey to Libyan migrant detention centres. Between 2014 and 2017 he travelled the Tripolitan coast, from Sabratha to Sirte. Migrants – many of them from Sub-Saharan Africa – see the rebuilding of Libya following the revolution of 2011 as an economic opportunity to make money before returning home or travelling on to Europe. The reality Gratacap found dashes these hopes: an economic system has emerged which is based on the smuggling and trafficking of humans, where people are arbitrarily imprisoned or suffer rape, kidnapping and extortion. Throughout his travels, Gratacap keeps encountering situations that result from Europe’s decisions: no solutions, just a shifting of the problem. The personal stories of the people he meets along the way give rise to documentary and conceptual works: they are Gratacap’s contemplations and observations of the people in power who cause and perpetuate these kinds of situations. Economic motives trump humanitarian considerations time and again, forming the foundation of a hidden, but self-supporting economy underlying the phenomenon referred to as the modern “migration crisis”. Anonymity is created through identity loss, shifts in power, the refusal to accept responsibility and the denial of legal status. Gratacap thus reveals a hidden system, a system without a face.

ABOUT SAMUEL GRATACAP
Samuel Gratacap graduated from the École Supérieure des Beaux-arts in Marseille (ESBAM) in 2010. His works have since been exhibited in Europe several times, and he has received several awards and special mentions. In 2016, Gratacap was elected Foam Talent; his project Empire was presented in Foam Magazine #45 (Talent issue), and his work was included in the traveling Foam Talentexhibition. In the summer of 2017, his work was exhibited at the international photography festival Les Rencontres d’Arles. Samuel Gratacap is represented by Galerie Les Filles du Calvaire, Paris.