Public opening: Thomas Albdorf & Samuel Gratacap
You are invited to join us on 14 June for the public opening of two new exhibitions:

THOMAS ALBDORF - ROOM WITH A VIEW 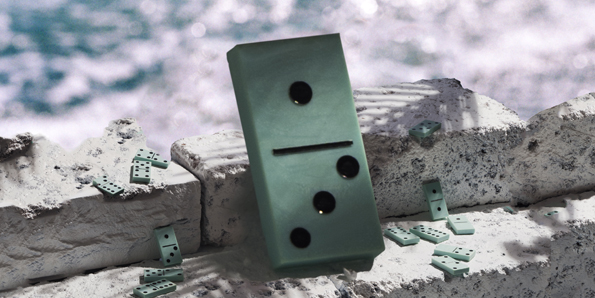 Thomas Albdorf (1982, Austria) combines classic photographic genres with modern visual techniques. His landscapes and still-lifes are boldly aesthetical, but his use of the photographic medium is highly conceptual. Using both analogue and digital techniques, Albdorf edits photographs of perennial visual clichés found online (such as a setting sun, a mountainous landscape) after which he subjects these found photos to image recognition software and automatic image generation. The resulting image is recognisable and surrealistic at the same time. It is Albdorf’s way of critically interrogating stereotypes in our digital online visual culture.

The exhibition is on view until 9 September 2018. 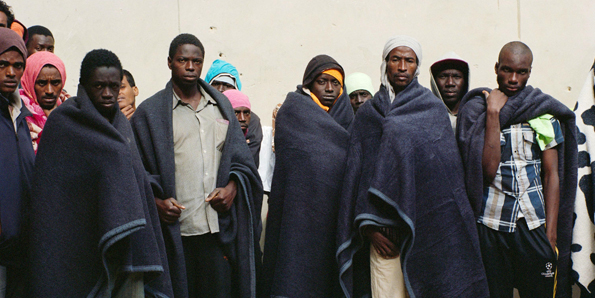 Samuel Gratacap (1982, FR) has been following the lives of African refugees and migrants since 2007 and has then started to follow their routes around the Mediterranean Sea in reverse order. His road is based on testimonies of migrants he has come to know and contacts he got via via. Gratacap's work is about territories of movement: the crossing of land borders, the waiting rooms for daily workers, the prison, but also the roads to a renewed identity. He goes beyond most news media and comes across deplorable conditions that reveal the economy surrounding migration - from human smuggling to slavery.

The exhibition is on view until 9 September 2018.