Public opening: JeanPaul Paula & Florian Joahn
You are invited to join us on 26 July for the public opening of the new exhibition: 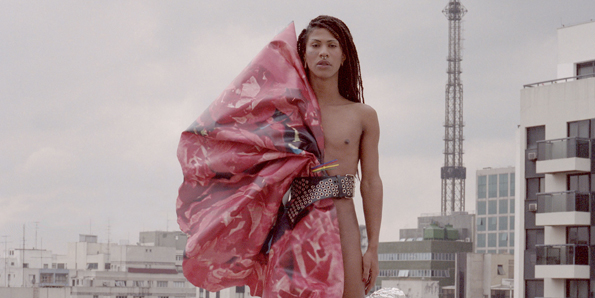 In May and June of this year, JeanPaul Paula and Florian Joahn travelled to Brazil to experience the São Paulo LGBTQ Pride Parade 2018 and Milkshake Festival. Although the São Paulo Pride is the world’s biggest gay pride parade, a recent study showed that the number of LGBTQ deaths as a result of violence reached a peak in Brazil last year. Paula and Joahn met various people in São Paulo’s LGBTQ community, whom they styled and photographed. The portraits that the duo made in the setting of São Paulo have been combined with studio portraits of both leading LGBTQ performers like Richie Shazam Khan and Linn da Quebrada and inspiring people in their own environment.

Through their work, JeanPaul Paula and Florian Joahn make it clear that Pride is more than a merry parade – it is still a symbol of a worldwide struggle for equal rights for everyone, irrespective of gender, sexual preference, or gender and identity expression.