PS
Simultaneously with Helmut Newton - A Retrospective, Foam 3h exhibits three young photographers who are working at the cutting edge of fashion, portrait and glamour photography. 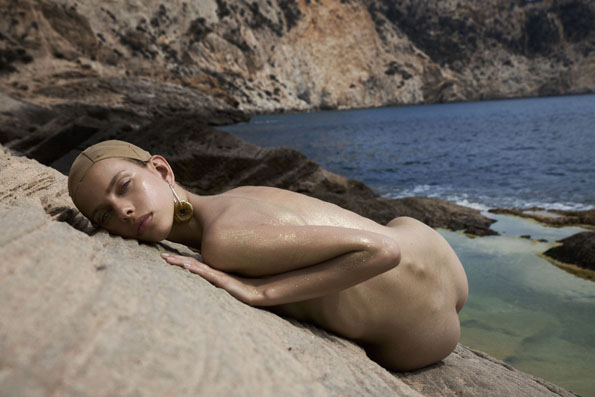 CARLIJN JACOBS
In contrast to the majority of the fashion world, Carlijn Jacobs (1991, NL) does not aim for perfection, but for unconventionality. She often selects her models for their eccentric appearances and creates an atmosphere around this that is entirely her own, such as her Vivian Atlantis (2016) series, created especially for this exhibition. It is her translation of Newton’s style to create a woman’s world – a world without men, like the title of one of his photobooks. In winding poses, the model seems to become one with the environment, like a creature in an alien habitat.

ELIZAVETA PORODINA
Elizaveta Porodina’s (1987, RU) fashion shoots form the realisation of ideas that, as she says herself, “buzz around in her head like a swarm of bees”. The black & white series being exhibited in Foam 3h was created by Elizaveta in May last year for the new ‘Berlin’ album by German rock band KADAVAR. In a bold 60s style, two models feature as groupies obsessively following in the footsteps of their musical idols. The camera doesn’t follow the band, but the girls in their dramatic adoration. Porodina shot this cinematic series at the famous former airport Berlin Tempelhof. 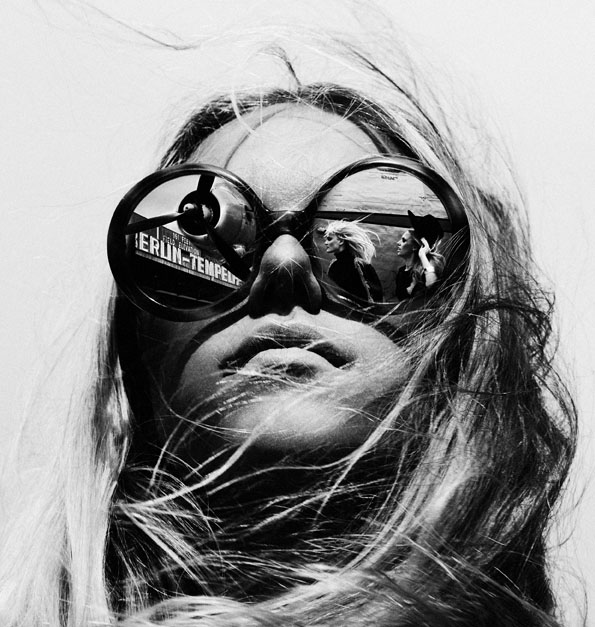 PHILIPPE VOGELENZANG
Philippe Vogelenzang (1982, NL) is always searching for something iconic in mankind. Without fuss, he is capable of creating powerful and pure images of every person who stands before his lens, often in a timeless style of black & white photography. In response to Helmut Newton, he decided to produce his own version of the famous ‘Big Nudes’ for this exhibition. Whereas Newton’s women rise above the observer in masculine, intimidating poses, Vogelenzang demonstrates a more approachable, soft and intimate image of a model that would normally be cast for his masculinity.

HELMUT NEWTON
The work of these three autonomous fashion photographers expresses the visual connections with Helmut Newton’s work in various ways: Carlijn Jacobs shows the importance of the setting around the model, creating an own universe, while in the series by Elizaveta Porodina the cinematic qualities of the image always suggest a bigger picture. Portraying a person in an iconic visual language is characteristic of both Helmut Newton’s and Philippe Vogelenzang’s work. But it is mainly the working method, particularly the unrestrained realisation of personal fantasies and concepts entirely in their own style, that distinguishes these three talents from the current world of fashion photography.

The Foam 3h Programme is realised thanks to the Gieskes-Strijbis Fund, the Van Bijlevelt Foundation and Kleurgamma.

ABOUT THE ARTISTS
Carlijn Jacobs graduated with distinction from the Lifestyle & Design programme at the Willem de Kooning Academie in Rotterdam in 2014. She has produced work for various magazines, including I-D Magazine, Glamcult, Novembre- and Sleek Magazine.

Autodidact Elizaveta Porodina has proven herself in the world of fashion photography entirely on her own merits. Before she started working for big names such as Louis Vuitton, Vogue and Stern, she worked in a psychiatric institution as a clinical psychologist. She is currently exhibiting her first solo museum exhibition, Dark Iconography, which opened at Kunstmuseum Humboldt-Schloss in Berlin in May 2016. She is represented by the Sonja Heintschel agency in Munich.

After a year of studying Photography at the Royal Academy of Art in The Hague and with a background in Art History, Philippe Vogelenzang decided to develop his style individually. He is represented by Jet Root Group and works for international customers, including Vogue, V Magazine, L'Express and GQ. Work by Philippe Vogelenzang has already been presented at Foam in the group exhibition Don’t Stop Now: Fashion Photography Next (2014).

ABOUT FOAM 3H
Foam 3h is a project space in which young artists and photographers are invited by the Foam curators to experiment, surprise the audience, and stretch the boundaries of photography.