Download 5 Protect the EU campaign posters for self-printing (pdf optimized for A3) in the following languages:

Starting Thursday 9 March visitors can collect the campaign posters, free of charge, at Foam in Amsterdam. Foam is collaborating with Wolfgang Tillmans and the Fantastic Man founders for his Protect the European Union campaign: a series of freely available posters.

DEMOCRACY, NEGOTIATION AND MODERATION
The campaign flows from Tillman’s campaign against the Brexit in the spring of 2016. This EU Campaign expressed his worries with a combination of what he described as the ‘lame’ campaign for ‘Remain’, along with a lack of registered and active young voters. He himself stands firmly in favour of the EU. As a German citizen who splits his time between London and Berlin, he sees a looming ‘abyss’ of rage and nationalism that threatens “the very institutions of democracy, negotiation and moderation that allow us to live the lives we are living.” These sentiments – veiled with the guise of extreme patriotism – have only grown more pronounced since America elected Donald J. Trump as president.

Refusing to hang up his hat after the ‘leave’ vote prevailed in the UK, Tillmans remains actively committed to the idea of a united, democratic Europe and a European Union. Inspired by his campaign, Jop van Bennekom and Gert Jonkers (founders of Fantastic Man) have adapted his posters for the upcoming Dutch elections on 15 March.

The posters – five different ones, in four languages – will be displayed in a large collage in one of Foam's gallery halls. A selection of posters has been printed for museum visitors to take freely.

The collaborating partners in the Protect the European Union project are De Balie (Amsterdam), Foam (Amsterdam), Cookies, Het Nieuwe Instituut and Witte de With Center for Contemporary Art (Rotterdam). They will be distributing Tillmans’ poster - and with that, his message. 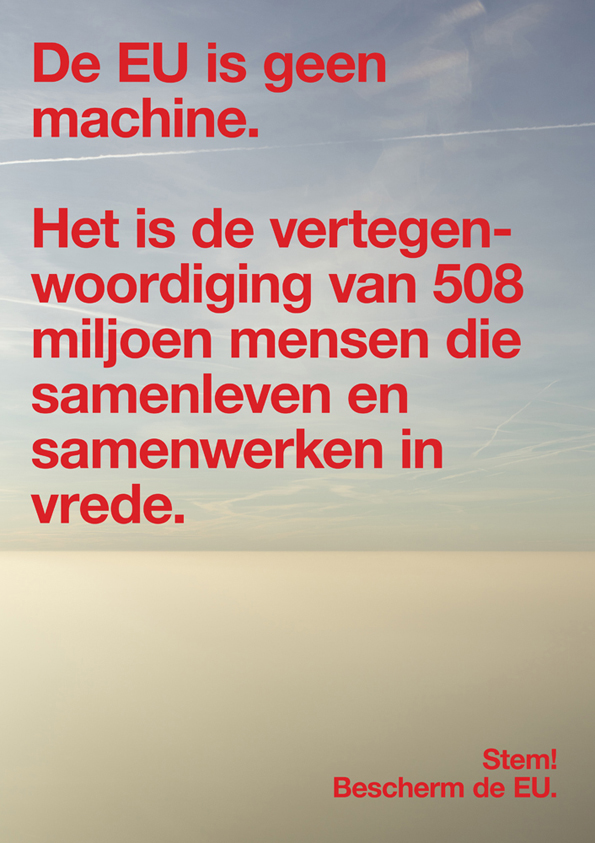 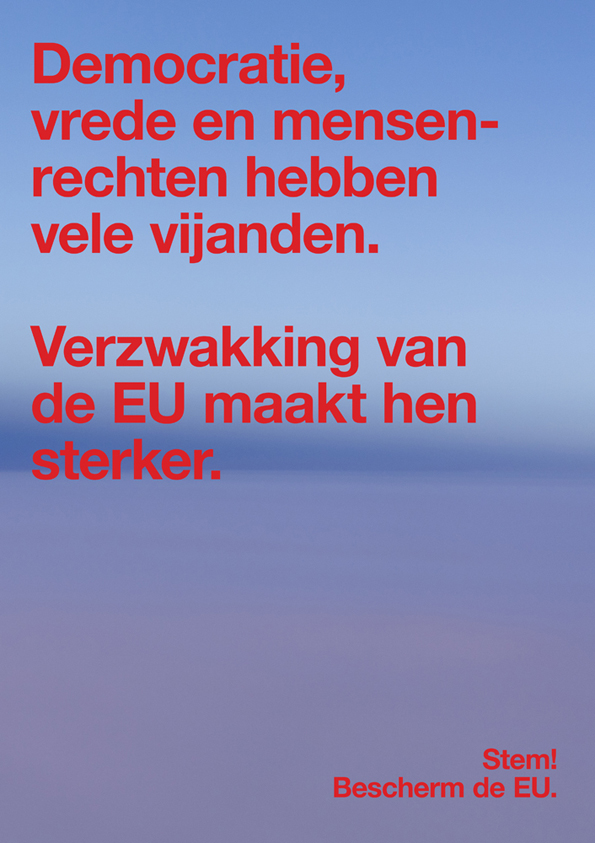 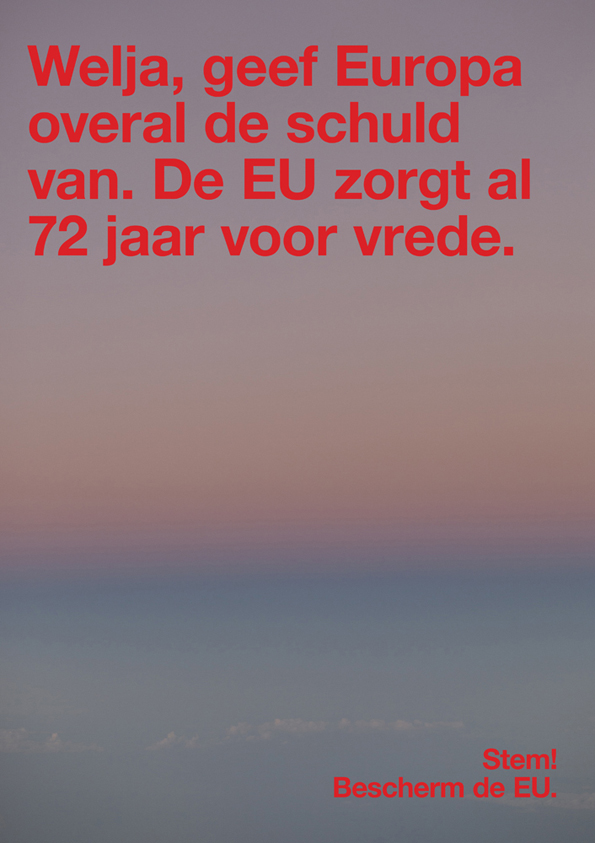 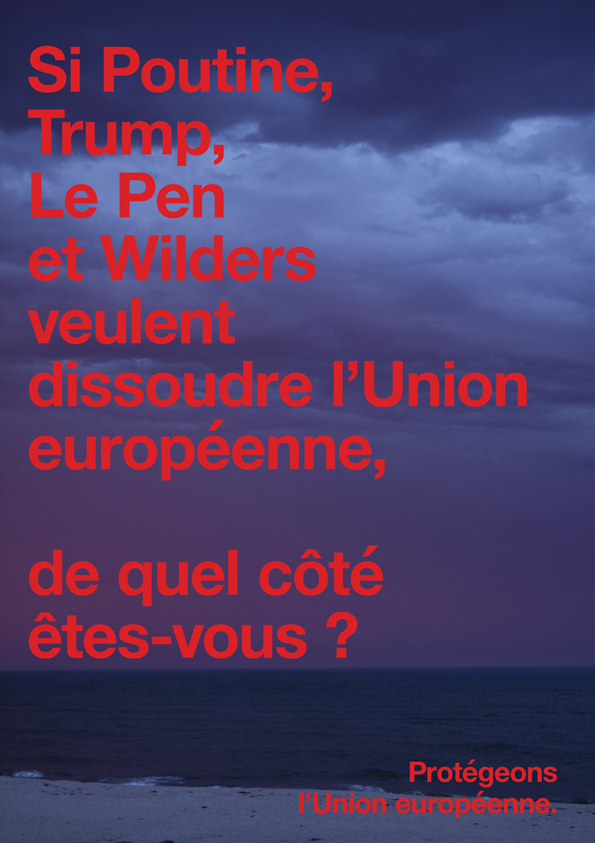 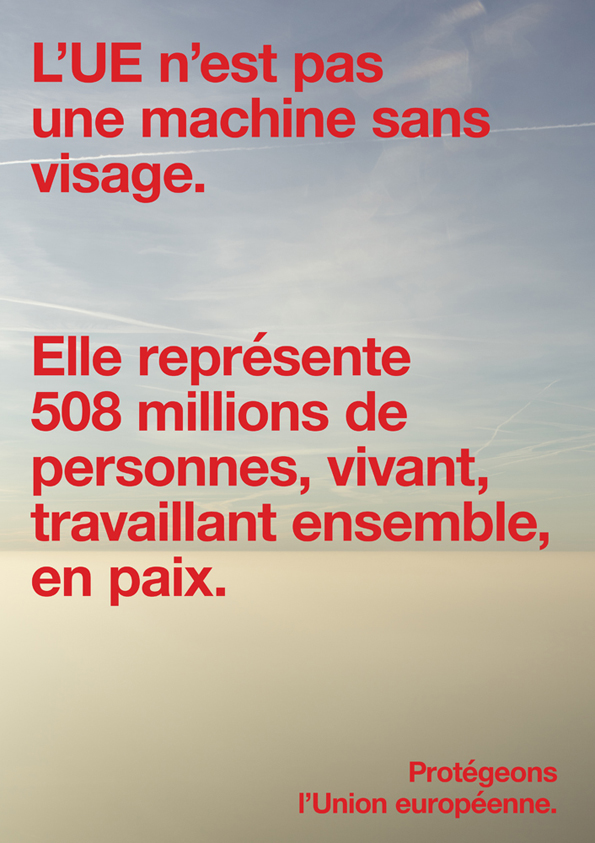 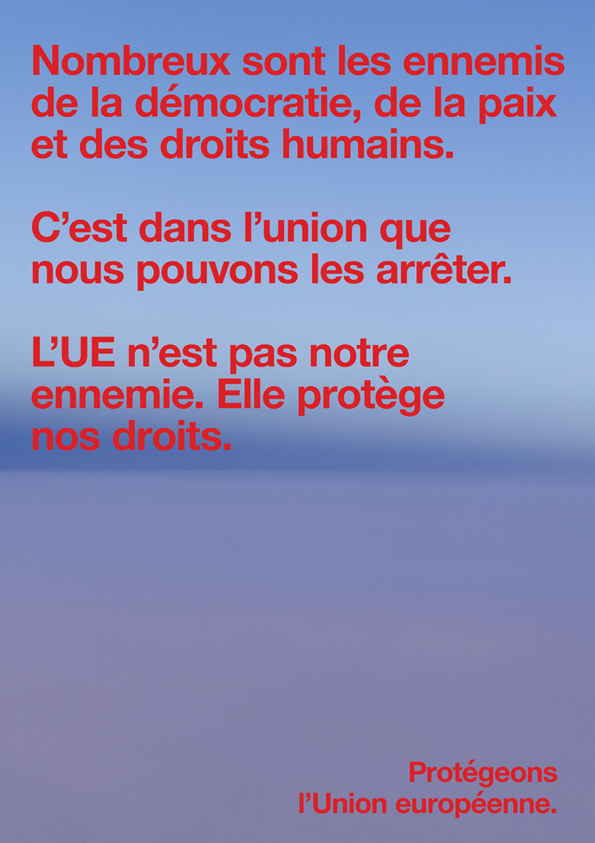 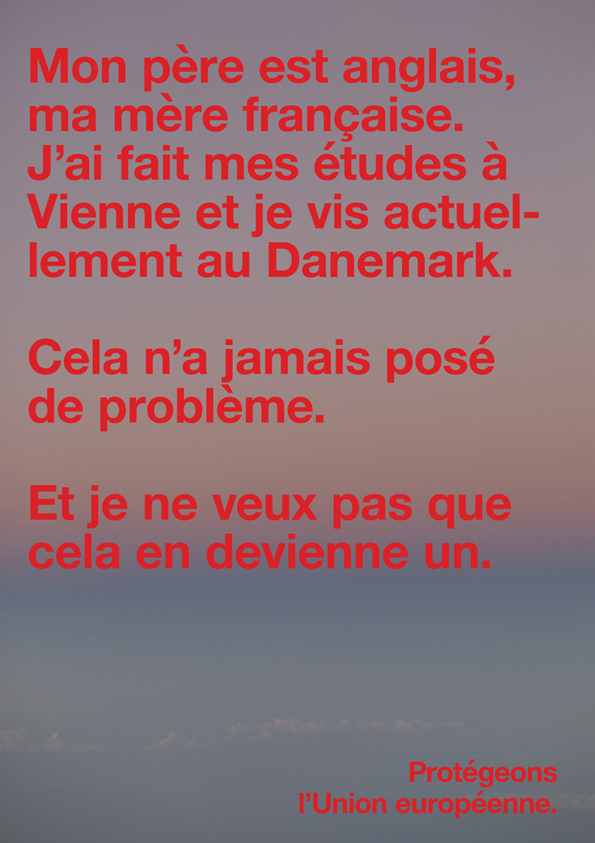 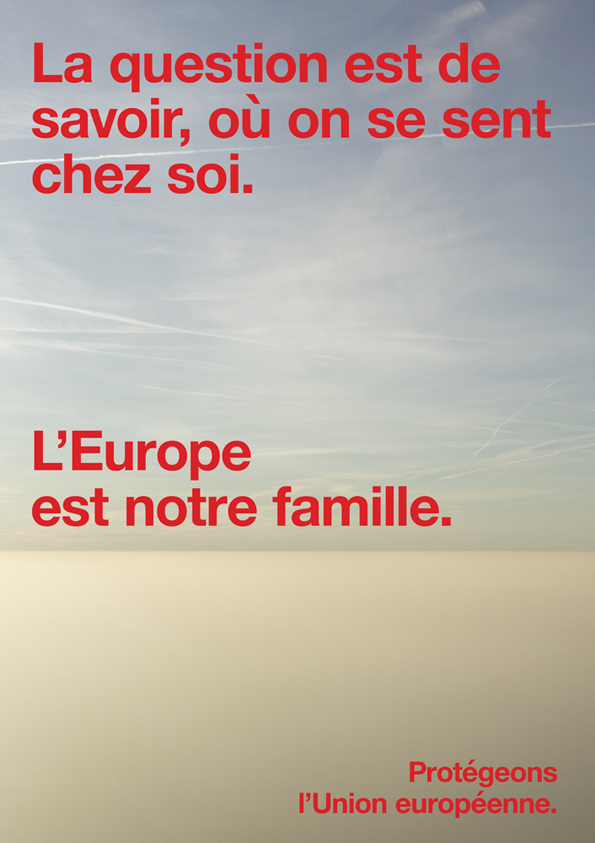 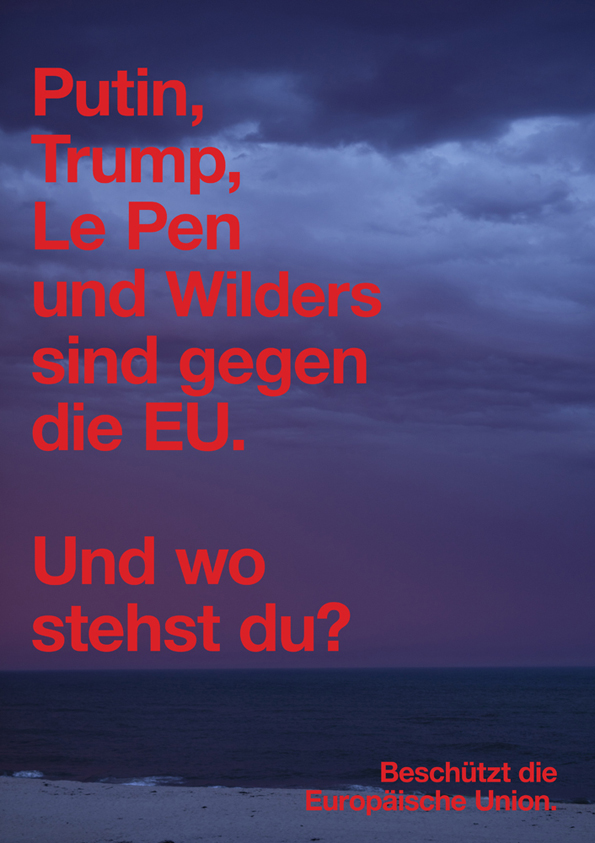 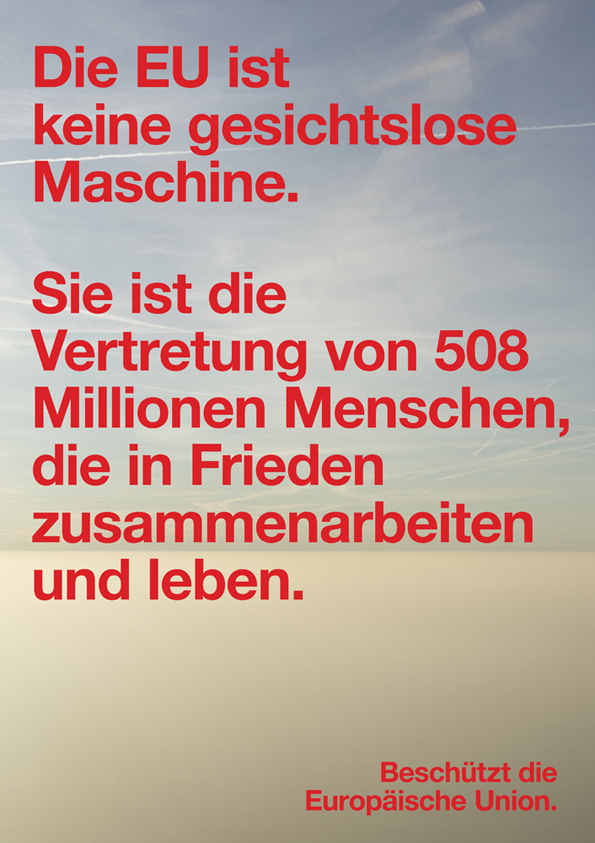 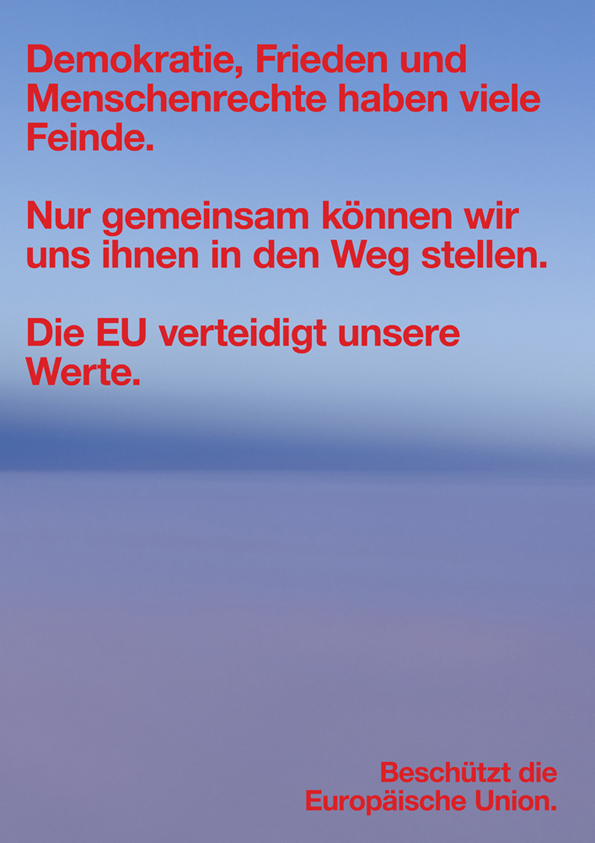 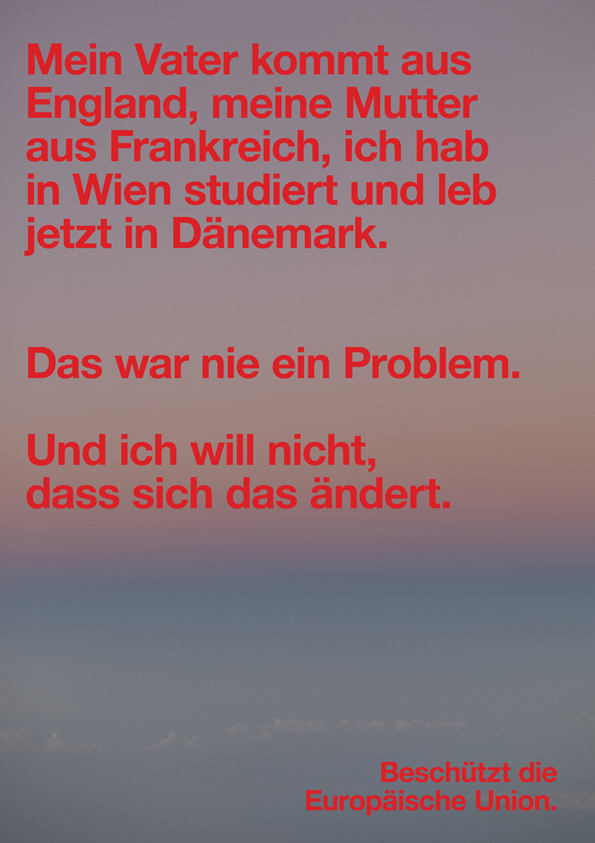 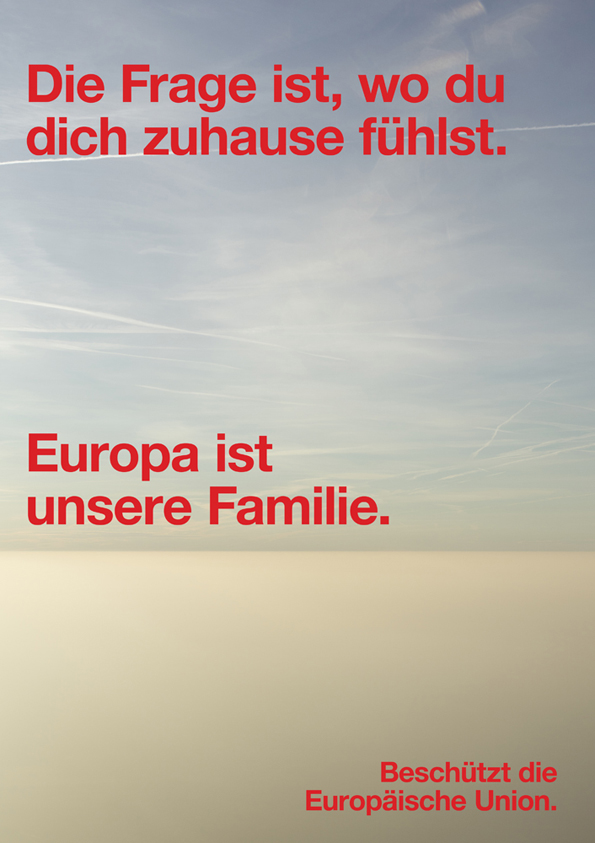 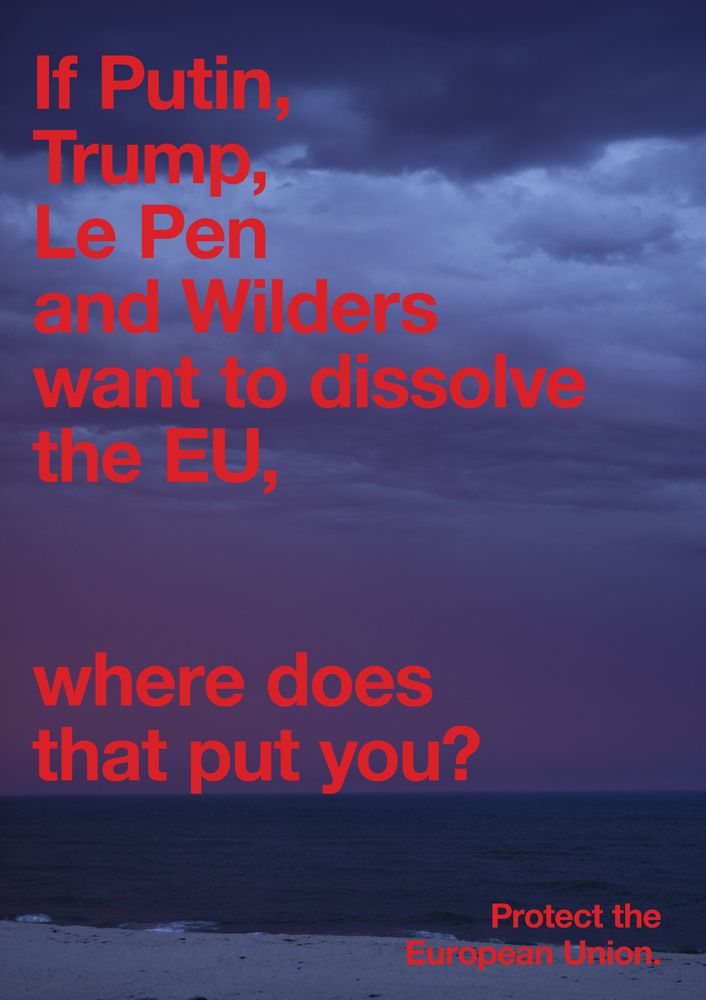 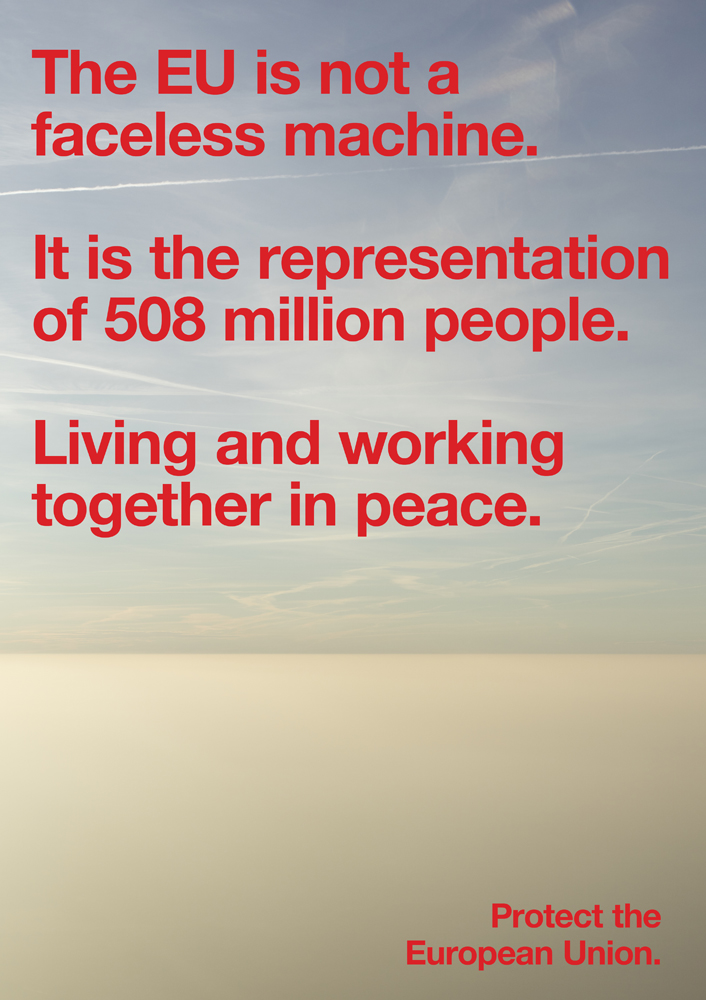 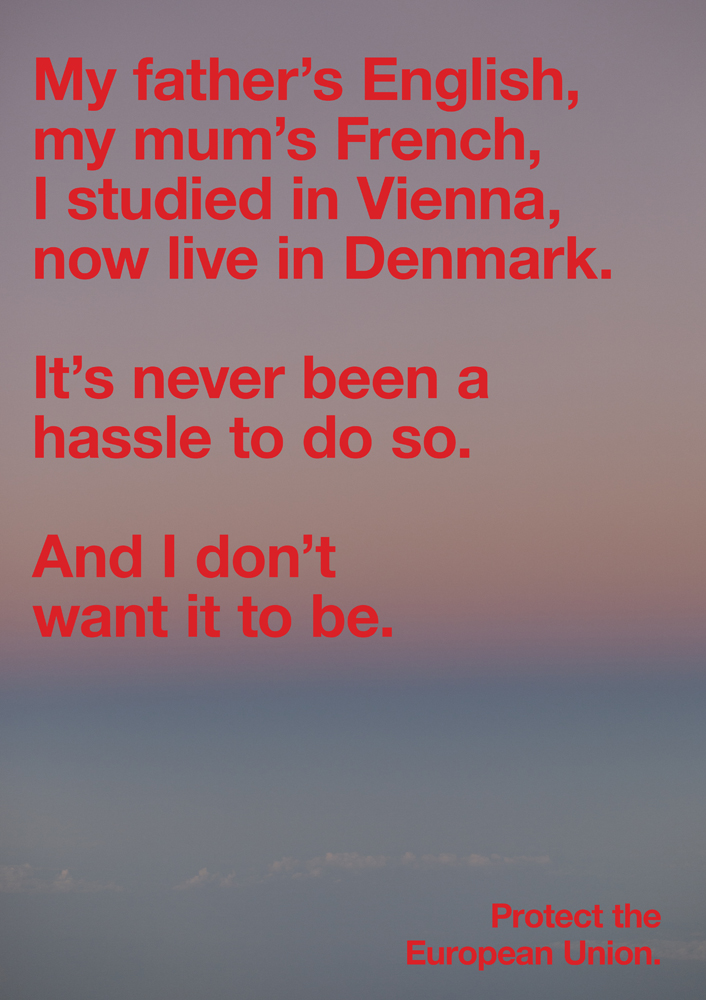 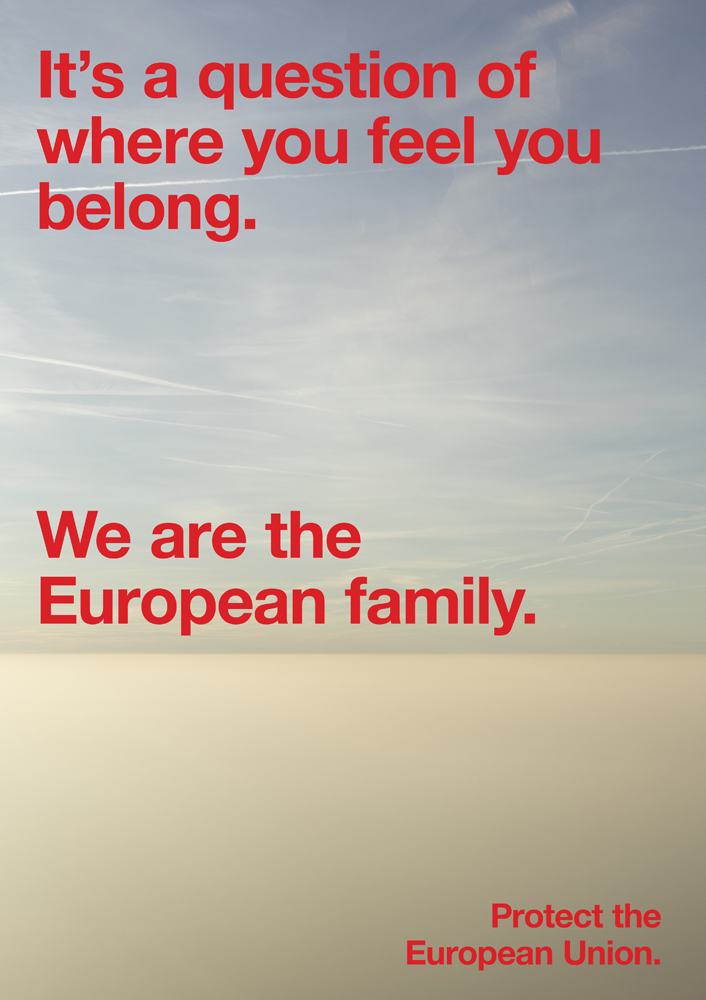