Primrose
This exhibition presents a retrospective of the various attempts in Russia to produce coloured photographic images.

Primrose - Russian Colour Photography can be viewed as a journey through various techniques and genres, meanings and messages, mass practices and individual experiments. The title 'Primrose' refers to the primrose flower, used metaphorically here to represent the many colours in which it appears during early spring.

The use of colour in Russia stems from the early 1850s and practically coincides with the invention of the medium itself. The term colour photography is slightly disingenuous, since at first it referred to a toning technique in which black and white photographs were painted by hand.

Traditionally this technique was used by specialized tradesmen who added colour to the photographs according to certain methods and within the contours of the image. This technique became so popular that it started a trend in and of itself and to a large extent determined the appearance and aesthetics of colour photography in Russia. 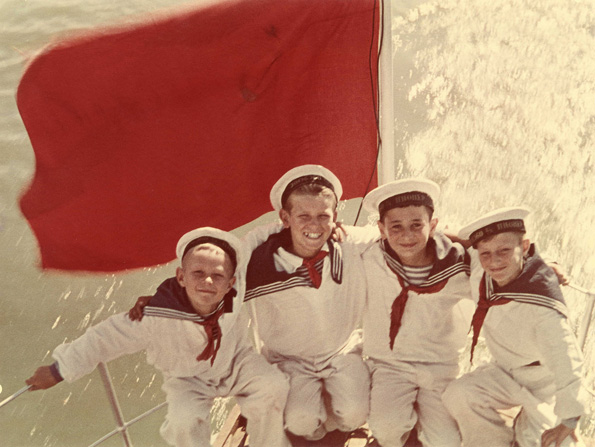 The exhibition is curated by Olga Sviblova and Elena Misalandi.

Primrose - Russian Colour Photography is made possible with the support of SICA.

ABOUT THE EXHIBITION
Primrose - Russian Colour Photography contains works by renowned photographers and artists such as Sergey Produkin-Gorsky, Ivan Shagin, Dmitry Baltermants and Robert Diament. But it also shows unique photos of Alexander Rodchenko and Varvara Stephanova, and recent works from the famous Luriki series by Boris Mikhailov, in which he mocked the visual culture of the Soviet propaganda.

Primrose - Russian Colour Photography is organised as part of Netherlands-Russia 2013 by the Ministry of Culture of the Russian Federation, Moscow City Government, Moscow City Culture Department and the Multimedia Art Museum/ Moscow House of Photography Museum.