Pavel Prokopchik
Pavel Prokopchik has been following a group of young people in Russia who have chosen an alternative lifestyle away from politics and a materialistic society.

After spending several months living with them, a document emerged about free-thinking people that willingly deny the comfortable lifestyle and the possession of things. It is particularly interesting in a country that is caught between a strictly controlled society and capitalism. Some of the main characters turn to the sale of illegal substances to support their lifestyle and evade a nine to five office job, which doesn't pay much anyway. Some keep their work and their life separate, refusing promotion to avoid getting too involved in a corporate world.

These are not the hippies of the Sixties, nor are they beatniks, even though some have inherited the relentless sprit of Dean Moriarty from Kerouac's On the Road.  It's a new generation that is still in search of an escape from society’s grip.

Prokopchik travelled to different sites where these drifters come together. By the sea in summer, in the polluted cities in winter. They share their houses, rooms, and bathtubs. They make music, grow their own food and their own hemp. Ideally they just want to sell enough marijuana to get by and spend their life closer to nature. 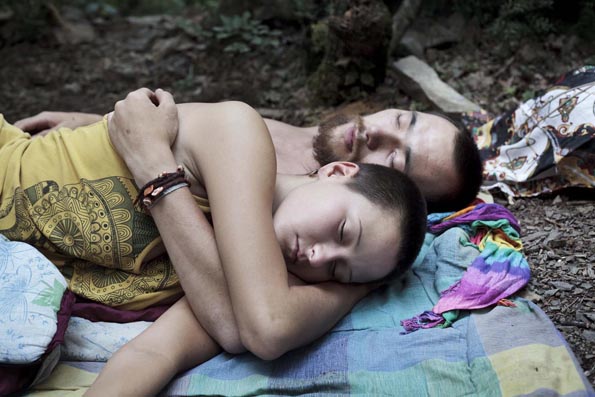 This exhibition has been made possible by the Van Bijlevelt Stichting.

ABOUT PAVEL PROKOPCHIK
Pavel Prokopchik was born in Budyonnovsk (Russia) in 1982. He grew up in Latvia, which was part of the Soviet Union at that time. Prokopchik has been living in The Netherlands since 2001, where he studied photography at the KABK (2009). He took part in several exhibitions, at the Nederlands Fotomuseum, Rotterdam (2009) and Fotogalerie Groningen (2009). He has been published in NRC Next (2009, 2010), De Standaard (2010) and de Volkskrant (2011). He also won second prize in the documentary photography award Zilveren Camera (Silver Camera, Documentary Abroad category). Pavel also won the Zilveren Camera award in 2011 (Silver Camera, Documentary Abroad category).