Official opening: Lorenzo Vitturi & Dustin Thierry
You are invited to join us on Thursday 17 October for the official opening of two new exhibitions:

The opening will take place in the presence of the artists. 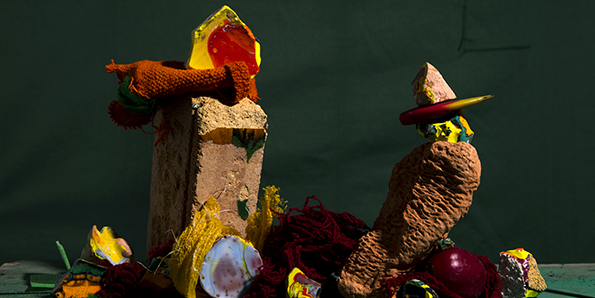 The body of work of Lorenzo Vitturi (1980, Italy) investigates urban changes beyond Western cities, processes of cultural mixing and their complexities, and the movement of people and goods in a globalised world. Playing with the combination of reality and fiction, mixing photography, sculpture, painting and performance, he builds temporary sets in his studio, drawing from specific geographical environments. His projects focus on cities including Lagos, London and Venice and selected areas in Peru; on their colours and shapes and the communities that inhabit them.

The exhibition is made possible by the Gieskes-Strijbis Fonds. 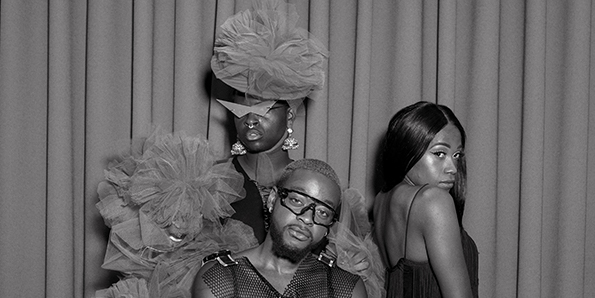 f.l.t.r. Matyouz LaDurée, Vinii Legendary Father of the House of Revlon, Gigi Da Blizzard Revlon at the 'On The Cover of Vogue' Ball under direction by Zueira Mizrahi. Berlin 2018, from the series Opulence © Dustin Thierry

The work of Amsterdam-based photographer Dustin Thierry (Curaçao, 1985) testifies to a vibrant and timely revival of the Ballroom scene, but also points to persistent discrimination and marginalisation of black and queer communities worldwide. Thierry is a self-taught photographer and started employing photography as a means of empowerment after moving to the Netherlands from the Caribbean island of Curaçao as a teenager. Becoming increasingly exposed to racial issues, he sought a way to channel and convey his own awareness to others.

This exhibition is made possible with support of the Van Bijlevelt Foundation and Kleurgamma. With thanks to the Van Abbemuseum.