Newton Now
Join us on 13 July for an evening of discussions around the topic of the representation of women in the digital age.

PRICE
€7,00 regular rate
€5,00 Foam Fan/Club/Fund
Free for We Are Public members. Please remember to bring your pass and to sign up.
The price includes museum admission.

The evening of discussions will begin with a Spoken Column by Hadjar Benmiloud (columnist, founder of feminist platform vileine.com). During a roundtable discussion, led by Marcel Feil (deputy director, artistic affairs at Foam), issues raised during the Spoken Column will be further debated with Esmay Wagemans (artist), Niels van Doorn (assistant Professor of New Media and Digital Culture at the University of Amsterdam), Jan Heemskerk (columnist, former chief editor Playboy Netherlands) and Hadjar Benmiloud. Especially for this event, all speakers will prepare a selection of images that will be used as visual support during the discussion. 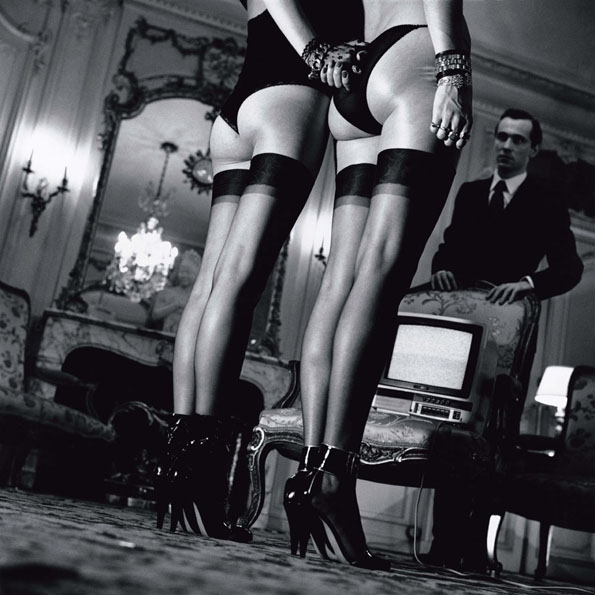 The first Helmut Newton book carried the versatile title "World Without Men" and men are indeed rare in his multifaceted oeuvre. They are usually mere onlookers in scenes dominated by powerful, sensual women. It is clear that in Helmut Newton's world women are the stronger sex and men are largely dependent on their good will.

Throughout his career Newton brought this conflict to the forefront with sardonic pleasure. His work was controversial and led to heated discussions: on one hand he was a misogynist who portrayed the opposite sex as a typical male sex object and on the other an example of a man who showed women as strong, independent and emancipated – the bosses of their own sexuality. Newton’s work is certainly a direct result of socio-political changes in the sixties and seventies: shifting power relations, emerging emancipation and a much freer sexual morality.

How can we look at Helmut Newton’s work today? More importantly, what does our time – a time seems to be completely dominated by image and media – say about the way women are portrayed? Have earlier waves of emancipation paid off or is there more than ever a need for a different approach to the image of women in media and art? And what does this say about us and our society? What is the role of the Internet, where on one hand everything around sex and pornography is readily available, and on the other censorship prevails when it comes to showing bare and naked images? As Helmut Newton was a man of his time, so must we take a closer look at our own time.