Foam’s current exhibition specifically highlights the color photography that Erwin Blumenfeld made during his New York years, but Blumenfeld lived a turbulent life, ranging from fleeing two World Wars to an extremely successful career as the best paid fashion photographer. The documentary offers an overview of his life and oeuvre; of his early Dadaism in Berlin and Amsterdam, his budding career in fashion photography in Paris, an unconventional love life, two World Wars, of which the latest made him leave for New York, where he became the fashion photography legend he is today.

The documentary is created by his grandson, Remy Blumenfeld. After the screening, Foam curator Mirjam Kooiman will get into conversation with Remy Blumenfeld about the legacy of his successful grandfather. 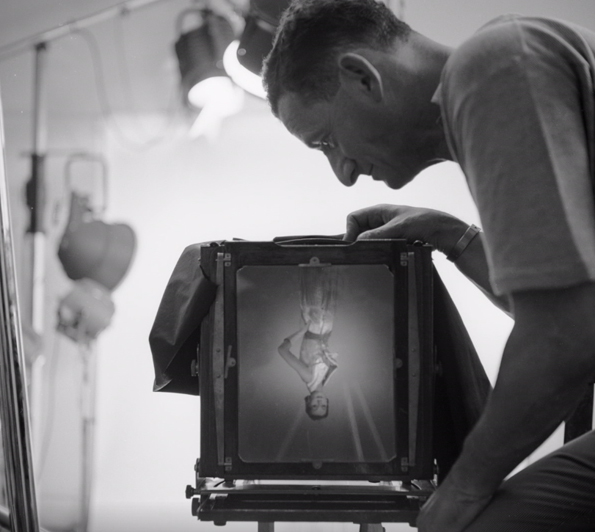 Still from the BBC4 documentary The Man Who Shot Beautiful Women: Erwin Blumenfeld by Remy Blumenfeld

ABOUT REMY BLUMENFELD
The love for image and arts continues to run within the family. Apart from being grandson of, Remy Blumenfeld is a leading British television producer, responsible for creating over 30 original TV series with a worldwide success. Besides The Man Who Shot Beautiful Women (BBC4), Remy also curated and produced one-off documentary films such as The Other Francis Bacon (Channel4) and Caught On Camera (ITV1). In 2018 he produced Hard Beauty (international title: Sculpting Dreams) about his mother, the sculptor Helaine Blumenfeld.

Visit this event and works of Erwin Blumenfeld, other exhibitions and events as a Foam Member.