Monica Nouwens
In Look At Me And Tell Me If You Have Known Me Before, Monica Nouwens captures the ambivalent appeal of one of the world&rsquo;s largest cities: Los Angeles.

In Look At Me And Tell Me If You Have Known Me Before Dutch photographer Monica Nouwens depicts the lively DIY subculture of the city she lives in. Her subjects belong in hip, young L.A. and live in the context of a city and culture facing a financial and moral crisis. Her work blends roughness, sensuality and emotional moments into a fragile but timeless image of beauty and the human condition.

In Look At Me And Tell Me If You Have Known Me Before, Nouwens provides an insight into a group of people who have abandoned the dominant consumer culture, in search of a more personal, smaller-scale and more poetic alternative. In photos shot mostly at night, Nouwens gives a romantic, fleeting impression of their lives. 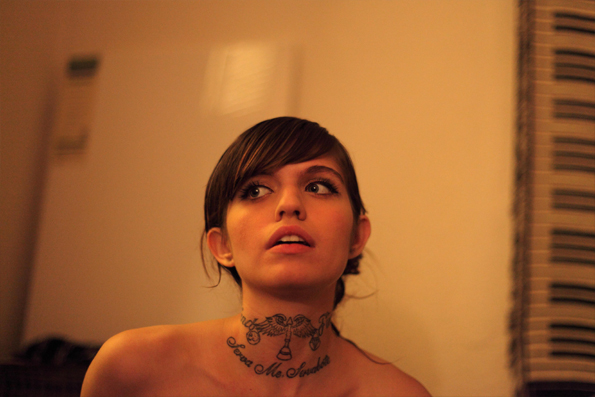 Her cinematographic photos of gatherings, parties and activities in L.A. allow broader insight into the relationships between people and their urban and social environment. Nouwens’ images do more than simply record a moment in time. Look At Me And Tell Me If You Have Known Me Before offers a glimpse into a collective psyche that reflects the hopes, fears and nightmares of an entire generation.

The exhibition at Foam features a selection of photos from this special project. The atmospheric images of Monica Nouwens are also incorporated in a dazzling multimedia installation. 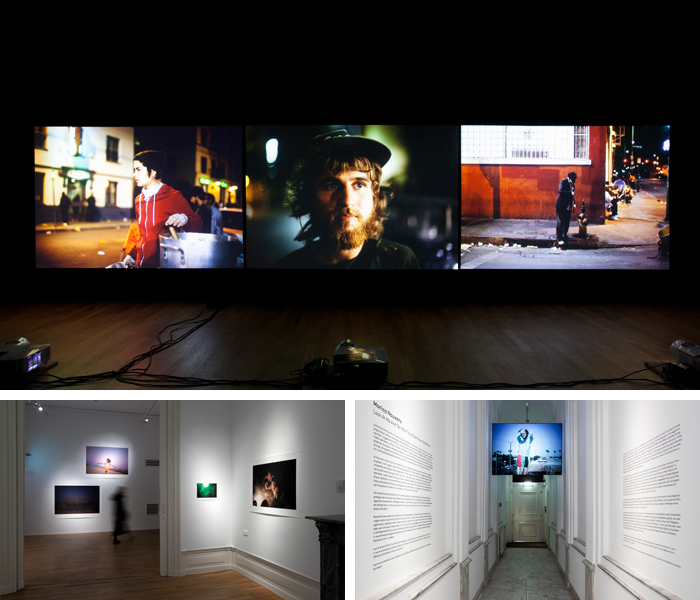 Look At Me And Tell Me If You Have Known Me Before is a Paradox production. This project is made possible by the Mondriaan Fund, VSBfonds and Amsterdams Fonds voor de Kunst.

ABOUT THE EXHIBITION
Nouwens has been portraying marginal urban communities in America for more than fifteen years: from idealistic utopians, neo-art communities and anarchistic movements such as ‘Food Not Bombs’ to disillusioned, drug-addicted commandos returning from the war in Iraq. Nouwens is fascinated by the wealth of social manifestations in the city. Over the years her view of society in America and Los Angeles has undergone a significant development, from outside observer to involved insider. Ultimately this has formed the basis for the more personal and independent work Look At Me And Tell Me If You Have Known Me Before. This is where her experience, lifestyle, artistic vision and love-hate relationship with the city come together.

ABOUT MONICA NOUWENS
Monica Nouwens (Netherlands, 1964) has been an artist in residence at the Rijksakademie, Amsterdam, and attended the California Institute of the Arts. In addition to her independent projects, her work has been regularly published in print media. She previously worked with Volume, Domus and V Magazine and her work has appeared in publications such as Vogue, Archis and Surface. In recent years Nouwens’ work has also been on show at the Museum of Contemporary Art (MOCA), Los Angeles, the Nederlands Fotomuseum, Rotterdam, and Ron Mandos Galerie, Amsterdam. Her work is included in a number of prestigious collections such as the Stedelijk Museum, Amsterdam, Salvatore Ferragamo, Florence, and Levi’s, London.