Love Radio
2014 marks twenty years since the genocide in Rwanda. In light of this, Foam presents Love Radio, a transmedia exhibition of Eefje Blankevoort and Anoek Steketee about the complex process of reconciliation in post-genocide Rwanda, told by means of the popular radio soap Musekeweya (&lsquo;New Dawn&rsquo;).

The project Love Radio straddles the thin line between fact and fiction. The photographs and video-installations do not strictly adopt a documentary approach. The camera is not only being used to raise social issues, but is also an instrument of the imagination. By playing with light and directing those portrayed, alienating images are created in which the surroundings serve as an oppressive décor.

Photographer Anoek Steketee and journalist/filmmaker Eefje Blankevoort frequently travelled to Rwanda together. With the following question as their starting point: “how can perpetrators and victims live with each other again after a history of gruesome killings?”, they chart the complex reality of a country after a traumatic event in a poetic manner. In doing this, they do not put emphasis on the horrific history, but on the present and future of Rwanda. 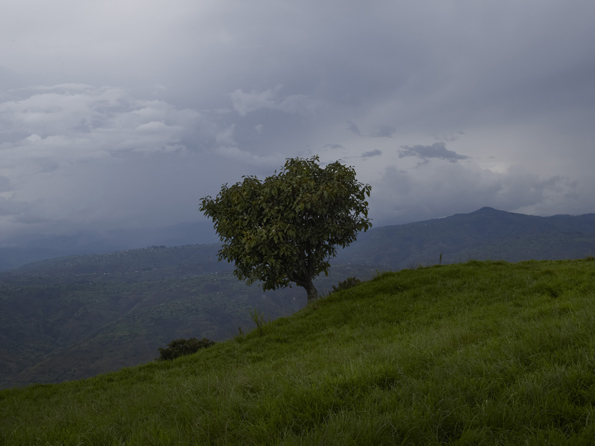 ABOUT THE EXHIBITION
Love Radio is about the magic of radio and the influence of media in a society. The same frequency at which radio station Radio Libre des Mille Collines (RTLM) stirred up the population to kill the Tutsi in 1994, is now used to broadcast radio soap opera Musekeweya. The weekly program is incredibly popular, with approximately 80% of the Rwandan population listening in. The story takes place in two fictional villages, Muhumuro and Bumanzi. Despite the enmity, friendship ties  between the villages exist as well. The love between Shema en Batamuriza is like a Rwandan Romeo and Juliet.

Musekeweya seems to be a fairly normal soap opera at first, full of intrigue, heroes, villains, and romances. However, there is a difference: the story must not only entertain listeners, but above all, educate them how violence arises and how it can be prevented.

Besides Musekeweya, another story is discussed in the exhibition as well: the reality of Rwanda at present. In video-interviews, creators and listeners of the soap tell about their experiences and the developments in the country. Piece by piece, the complex reality comes forward and it becomes clear that the truth does not exist. While happy endings dominate the radio program, reconciliation is more difficult in real life.

The web documentary is available on www.loveradio-rwanda.org.

Love Radio is an initiative of filmmaker and journalist Eefje Blankevoort (1978, NL) and photographer Anoek Steketee (1974, NL). The project comprises a web documentary, short visual stories for smartphones and an exhibition at Foam.