Livestream: How I Create recommended Olympus Fellowship 2020
To celebrate the opening of the exhibition recommended Olympus Fellowship 2020, Foam invites you to join a series of Instagram livestream conversations with artists Karla Hiraldo Voleau, Tobias Kruse and Mika Sperling. Each will go into conversation with the curator who mentored them along their artistic journey.

PLEASE NOTE
This is an online event. Join us on Instagram when the livestream starts.

NOTIFICATION
Sign up and get an email notification as soon as the livestream starts.

On 1, 2 and 3 July 2021, artists Karla Hiraldo Voleau (Dominican Republic, 1992), Tobias Kruse (Germany, 1979) and Mika Sperling (Russia, 1990) will lead you through the exhibition recommended Olympus Fellowship 2020. For this exhibition, the artists created new work that explores a broad range of subjects including relationships, love, fear, family and the power of language.

KARLA HIRALDO VOLEAU
Right at the beginning of the Olympus Fellowship, fellow Karla Hiraldo Voleau travelled to Japan to meet with young people of her age. In the series I Have Nothing to Tell You, she asks them about contemporary love and dating. The series researches how cultural traditions in Japan still restrict while, at the same time, gender roles in Japan are also being deconstructed. For this project, Hiraldo Voleau was mentored by Claartje van Dijk, curator Foam Fotografiemuseum Amsterdam.

TOBIAS KRUSE
For the series DEPONIE, Tobias Kruse reflects on his unsafe childhood in East Germany. Dominated by violence, anger and hatred, he confronts himself with his memories and investigates parallelisms in the social atmosphere between past and present. For this project, Kruse was mentored by Ingo Taubhorn, curator House of Photography / Deichtorhallen Hamburg.

MIKA SPERLING
In Mother Tongue, Mika Sperling analyses her relationship with both her mother-in-law and societies generally more negatively connotated, one-sided view on this bond. After recently becoming a mother herself, Mika Sperling dedicates the project to her husband’s mothers perspectives, dreams, wishes and fears. For this project, Sperling was mentored by Celina Lunsford, curator Fotografie Forum Frankfurt. 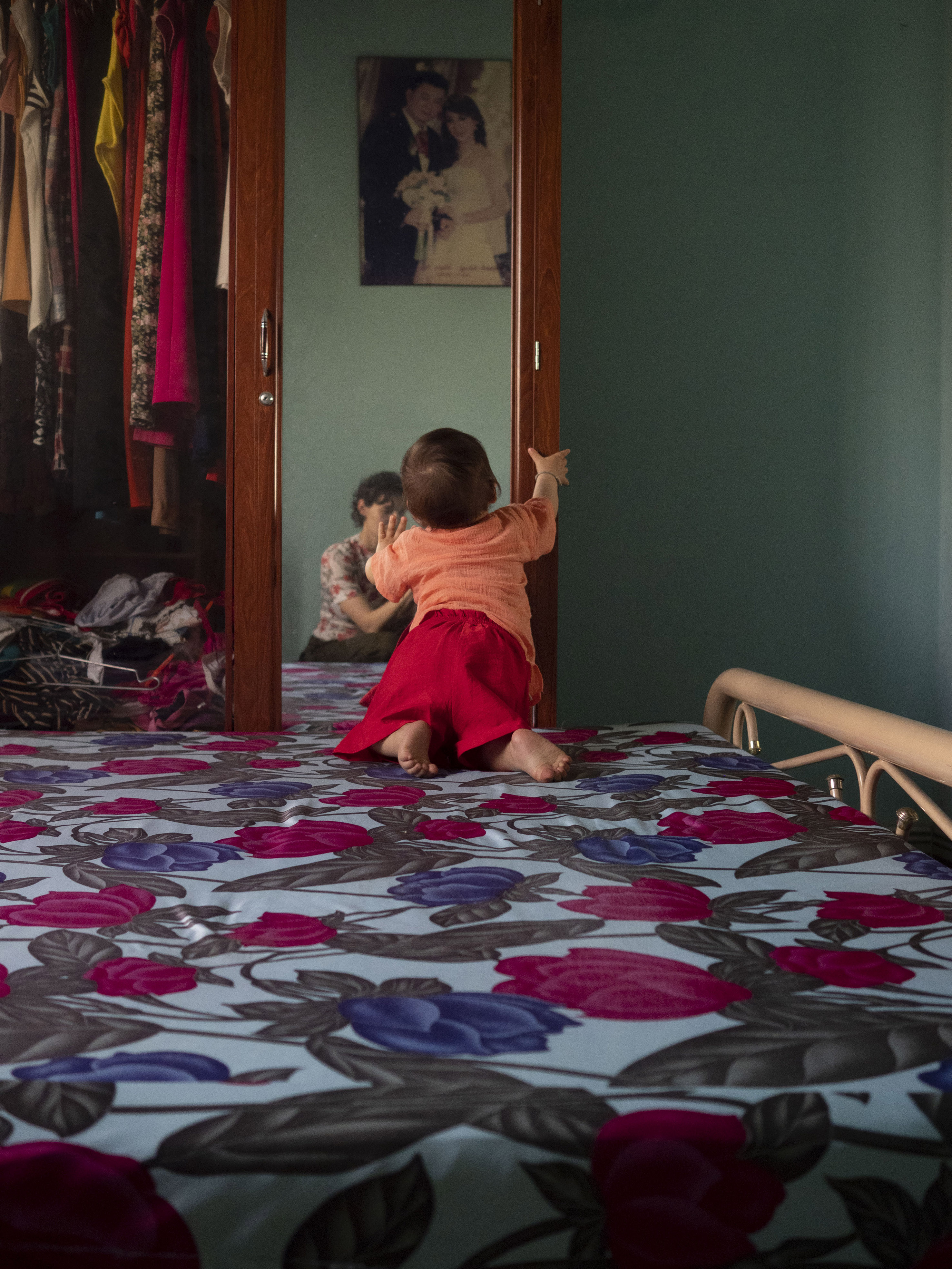 Touch, from the series Mother Tongue, 2019 © Mika Sperling, courtesy of the artist.

The exhibition recommended Olympus Fellowship 2020 has been on show at all three locations. On show at Foam until 12 September 2021.

Foam is supported by the VriendenLoterij, Foam Members, De Brauw Blackstone Westbroek, the VandenEnde Foundation and the City of Amsterdam.

In 2021 Foam receives additional support from the Mondriaan Fund and Kickstart Cultuurfonds.