Labs at The Garage
Through a student workshop and an exhibition of powerful, diverse talent, the Red Hook Labs experience comes to The Garage, in conjunction with the <a href="https://www.unseenamsterdam.com/">Unseen Photo Fair and Festival</a>.

Labs at The Garage nurtures and showcases the new generation of photographers. This project is a first step in the renewed collaboration between Red Hook Labs and Foam to engage with Amsterdam and share the positive creative & social benefits of their outreach & activities.

At the heart of Labs at The Garage is a two-day film and mixed-media workshop between Red Hook Labs peer educators Donjai Gilmore & Bashira Webb and a group of Amsterdam students selected by Foam. Donjai & Bashira, both former students of the International Centre for Photography at the Point in South Bronx, NY, and now accomplished artists, will team up with a Dutch instructor to help the students learn to tell meaningful visual stories of their choosing.

On Thursday 22 and Friday 23 September students will work together to produce stories in still & moving image, with the resulting film & posters presented at a festive reception on the evening of Saturday 24 September at The Garage Amsterdam, situated in Amsterdam City Centre. 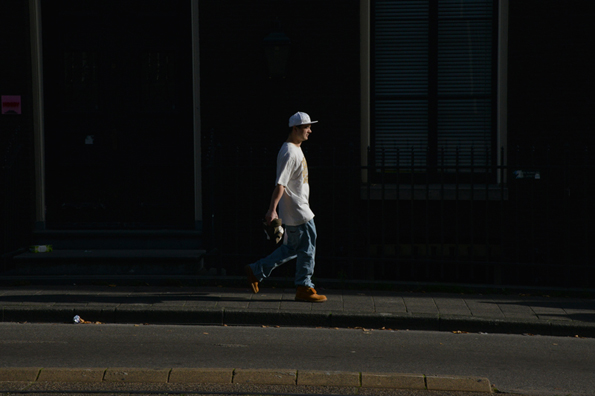 RED HOOK LABS x FOAM
Both cultural institutions worked together before in on a photography exchange project for youth from Amsterdam-Noord, The Netherlands and Brooklyn, New York, U.S.A. The exchange project entitled Look across the water! introduced them to the power of photography and allowed them to meet peers from beyond their national borders. Red Hook Labs focuses on connecting education and continuous skills training to mentorship, internships and job placement. Foam and Red Hook Labs will continue their collaboration into 2017, of which Labs at the Garage is the first milestone.

Unseen Photo Fair and Festival is taking place from 16 to 25 September 2016.

Labs at the Garage is organized in collaboration with The Garage Amsterdam, ROC van Amsterdam and initiated by Red Hook Labs, New York and Foam, Amsterdam.

Labs at The Garage