Kaveh Golestan
Kaveh Golestan (1950-2003) was an important and prolific Iranian documentary photographer and a pioneer of street photography. His photographic practice hugely influenced the work of future generations of Iranian artists but has been overlooked in Europe.

Kaveh Golestan - The Citadel presents 45 vintage photographs from the series Prostitute (1975-1977) of women working in the Citadel of Shahr-e No, the red light district of Teheran. The photographs are exhibited as a vintage set for the first time since 1978. Alongside the photographs, the exhibition will include original diaries of Golestan, newspaper clippings and audio interviews that he collected from and relating to the area.

The Citadel of Shahr-e No (literally translated as ‘New City’) was an old walled-off neighbourhood in Teheran, which could be accessed through a gate. The inhabitants were women and only men were allowed to visit the Citadel. Kaveh Golestan’s record of the area is an important photographic document of this urban space. The images were taken over a period of two years, during which Golestan formed a close friendship with many of the residents. The series of portraits offer an intimate, humane look into the lives and personalities of the resident women.

The Citadel was set on fire and demolished within days of the Iranian revolution in 1979, through a decree by Ayatollah Khomeini. Some of the women were tragically burned to death during the blaze and several others were arrested and later faced the firing squads in the summer of 1980. The revealing photographs made by Kaveh Golestan are the last traces left of these women and the urban space of the Citadel. The area was flattened and, in an act of memory erasure, converted into a park which still stands today. 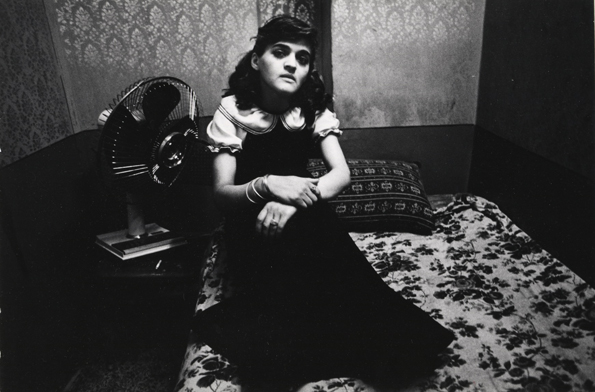 ABOUT THE EXHIBITION
Kaveh Golestan belonged to an actively intellectual and artistic milieu and felt deeply committed to social issues. He published several groups of photographs from his Prostitute series in three extensive essays in the daily Iranian newspaper Ayandegan, exposing and drawing attention to the living conditions of the women. In 1978 he exhibited the photographs at the University of Teheran for a short period of fourteen days. The exhibition was abruptly shut down, probably under the pressure of the intelligence services but without an official explanation. The series was also briefly shown in a sneak exposition at the Seyhoun Gallery stand at the Tehran Art Fair in the same year. This was the last time the vintage photographs were exhibited and they were never seen again. 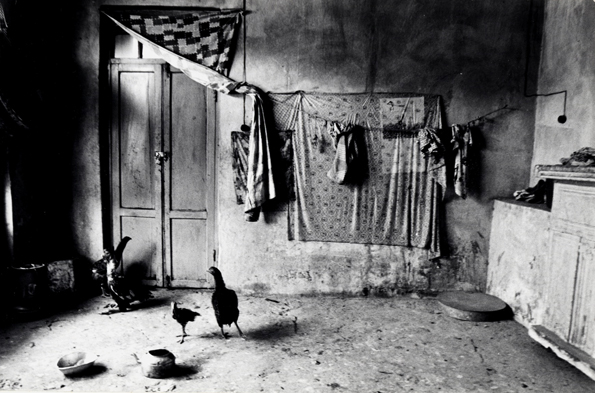 Besides Shahr-e No, Kaveh Golestan also documented many other major historical events like the conflict in Northern Ireland, the Iranian revolution, The Iran-Iraq War, and the Gulf Wars. In 1979 he was awarded the Robert Capa Gold Medal for “superlative photography requiring exceptional courage and enterprise abroad”. He wasn’t able to pick up the award until thirteen years later, when the work was no longer considered a threat to the Iranian government.

Golestan stepped on a fatal landmine on 2 April 2003 while on an assignment in Iraq.  He died in Kifri (Northern Iraq) at 52 years old. His documentary photographs have been featured in reportages and books, but most of his work has not been exhibited in a long time. The Kunsthal (Rotterdam) showed the exhibition Kaveh Golestan 1950-2003. Recording the Truth in Iran in 2008.

ABOUT THE PROJECT
Kaveh Golestan – The Citadel is curated by Vali Mahlouji. This is the first iteration of an ongoing curatorial and research project entitled Archaeology of the Final Decade. This larger project investigates the artistic milieu and intellectual conditions of the final decade before the fall of the shah in 1979; the pre-revolutionary time in Iran. The project re-circulates and reincorporates historical and cultural material – destroyed, banned or under-represented, yet historically significant – back into cultural memory and discourse.