One of best-known photos by famous filmmaker Johan van der Keuken (1938-2001) is a dance scene on the Ile Saint-Louis in Paris, taken during the Quatorze Juillet (Bastille Day) celebration in 1958. Another 32 negatives were found in Van der Keuken’s archives, taken on the same day and place.

The series shows the history of how the well-known photo came to be created and elucidates Van der Keuken’s perception and way of working. The compilers of the exhibition (Noshka van der Lely and Willem van Zoetendaal) have also selected a number of Van der Keuken’s other series, some of which have never previously been exhibited. Van der Keuken’s films are shown as well. In addition, the book Johan van der Keuken – Quatorze Juillet accompanies the exhibition. 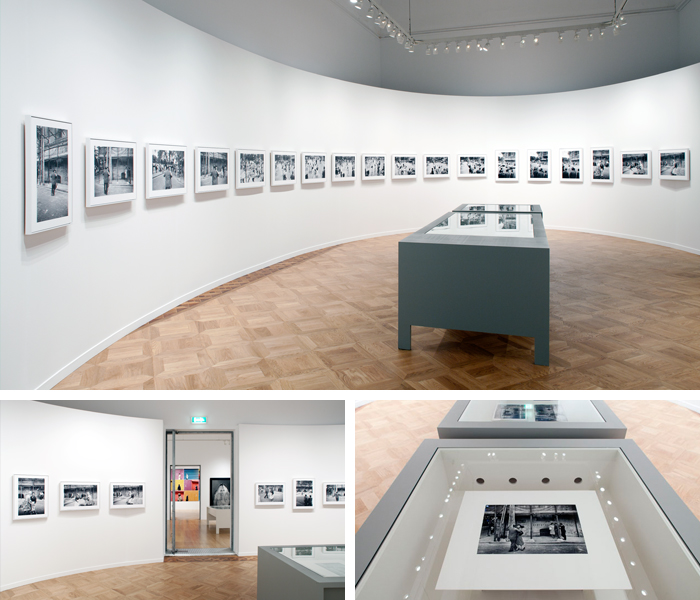 ABOUT THE EXHIBITION
By showing a carefully considered selection of images from that day, viewer are given insight into the way the photographer worked and how he ultimately chose that one well-known image. As a special touch, Foam’s historic Fodorzaal is adapted to recreate the atmosphere of a dancehall, where Van der Keuken’s images appear to dance around the visitors.

Pictorial Narratives is part of the project Net Echt, a collaboration between Foam, the Van Gogh Museum and Eye Film Institute Netherlands.

The exhibition has been made possible in part by Pixum, European online photoservice. Further thanks to Fotovaklaboratorium De Verbeelding, Purmerend.