JH Engström
JH Engstr&ouml;m's photographs reveal the loneliness and absurdity of the human condition. Above all, his work can be interpreted as a restless and never-ending quest for answers to the question of what it is to be human.

Foam is proud to present the work of the Swedish photographer JH Engström (1969) in the exhibition Close Surrounding. Engström divides his time between Paris, France and his birthplace in Värmland, Sweden. The manoeuvring between the slow pace of country life and the stimulating energy of the city is essential in Engström's life. This is reflected in his pure and authentic photographs and in the exhibition at Foam.

JH Engström uses his camera and its artistic possibilities to communicate in a meaningful and direct way with the viewer. He also shares his doubts about whether it is possible to truly understand what life is about. He explores various photographic genres such as the (self)portrait, landscape, the snapshot and aerial photography.

The exhibition includes unique, previously unseen collages. The books that Engström has published are another important element of the exhibition. 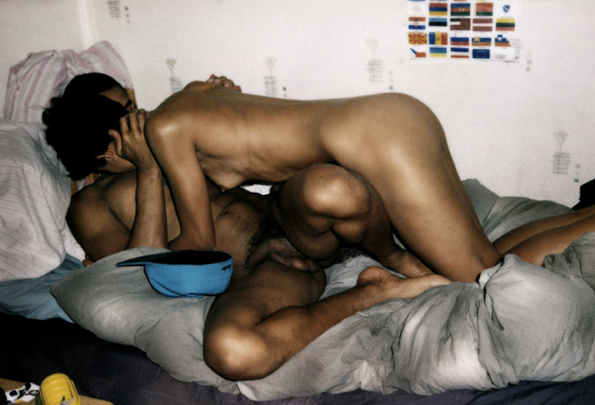 From the series Sketch of Paris, 2013 © JH Engström

ABOUT THE EXHIBITION
JH Engström's oeuvre is multi-faceted. He documents the ambience of the places he photographs, but at the same time his work can also be interpreted as a personal, visual ‘stream of consciousness’, a continuous flow of images that portray feelings, observations and memories of the photographer. Furthermore he 'plays' with one of the traditional characteristic of photography: depicting reality.

In his photographs he emphasizes the fact that they are visual interpretations of that reality, by experimenting with technical imperfections such as overexposure, motion and dust. The edges of the negatives are sometimes visible in the printed photograph. The results vary from raw images to appealing photographs in pastel tints.

ABOUT JH ENGSTRÖM
JH Engström was born in Karlstad, Värmland, in Sweden. When he was ten years old, he moved with his family to Paris – an immeasurably large city in comparison to his birthplace. When he was thirteen years old, the family moved back to the country, but since then he has constantly returned to Paris, the city to which he is devoted. He worked as an assistant to fashion photographer Mario Testino and the documentary photographer Anders Petersen. In 1997 he graduated from the Photography and Film Department of Gothenburg University. He developed his own unique style, which is characterised by a combination of raw and highly aesthetic images. Engström likes to present his work in books. To date, he has published twelve. He has received many prizes and nominations, including a shortlist nomination for the Deutsche Börse Photography Prize (2005) and the Best Photobook of the Year Award (Arles, 2009).