Inez & Vinoodh
Foam proudly presents a survey of the work of the world-famous photographic duo of Inez van Lamsweerde and Vinoodh Matadin.

Inez and Vinoodh began their work together in 1986 in Amsterdam. Now, 25 years later, with their campaigns for fashion houses such as YSL, Chanel, Balmain, Gucci, Louis Vuitton and Chloé, and with regular publications in W Magazine, Vogue and The New York Times, they are amongst the most important photographers in the world today.

They are one of the very few artists who have successfully crossed the line between fashion and art and have managed to simultaneously maintain careers in both fields. The team has lived and worked in New York since 1995.

Foam shows approximately 300 photographs spanning 25 years of the duo’s career: artistic, fashion and portrait photography. Disregarding any chronological order, the combinations of images are based on personal, formal, social, political and intuitive associations that show the way the artists have lived with the images for 25 years. 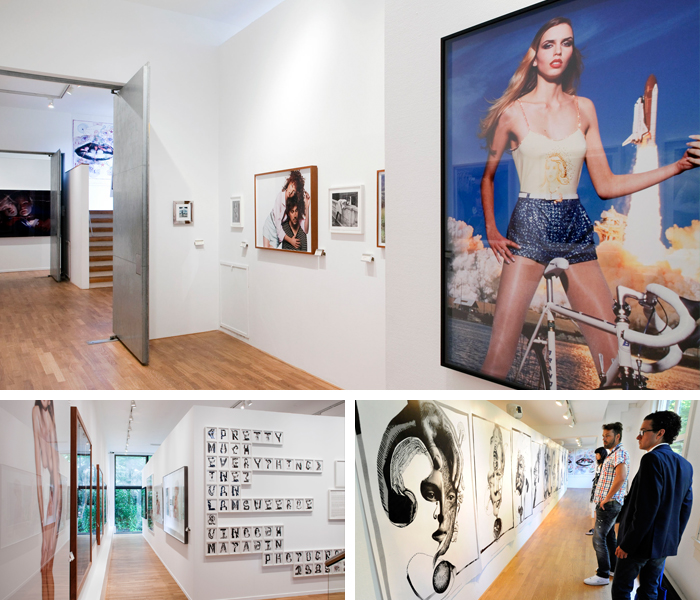 This exhibition was made possible thanks to Audi and Delta Lloyd.

ABOUT INEZ & VINOODH
Inez van Lamsweerde en Vinoodh Matadin launched their international career with the publication of ten pages in the British magazine The Face in 1994. It was here that for the first time in a fashion series the models and the backgrounds were photographed separately and subsequently combined into a single image by use of a computer. The series typified van Lamsweerde and Matadin’s hyper-realistic style and was made to celebrate and subvert fashion within the context of a magazine.

Dubiousness is at the base of practically every image they make. Their work is ambiguous in every sense of the word and balances deliberately on the thin rope between fashion and art, perverting both worlds, mirroring the strangeness of everyday life through an extreme enlargement of a singular part. 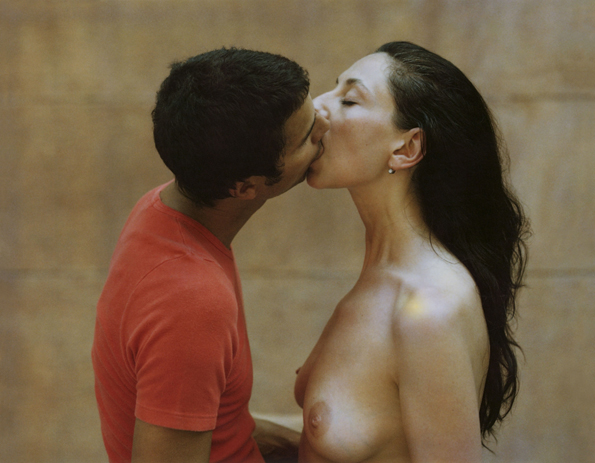 ABOUT THE EXHIBITION
Since each photograph demands its own dimensions, and some have been shown over the years and have their own existing size and frame style, the exhibition has a dynamic flow and will read like a huge stream of images – forming one flowing, pulsating sentence rather than divisions that are grouped by size or subject. This will draw the viewer into Inez and Vinoodh’s world of constant dualism, duality and ambiguity, as well as their obsession with giving meaning to the surface, while oscillating between horror and beauty, the grotesque and the quiet, the spiritual and the banal.