Henk Wildschut
From 8 April until 5 June Foam presents Calais - From Jungle to City, an exhibition capturing the refugee crisis in the port city of Calais as documented by photographer Henk Wildschut since 2005.

Close to the port city of Calais in France, in the heart of democratic Europe, a parallel world has existed for ten years. Refugees from Africa and the Middle East are waiting here for their chance to cross the Channel to Great Britain. The Jungle, as it is nicknamed, has been slowly taking over the shape of a city over the last few months. A city that, by political decisions, has started to being dismantled from 29 February 2016.

In Calais - From Jungle to City photographic and cinematic images alternate, giving an insight into how the structure of the camp is rapidly changing. Henk Wildschut’s way of working has a documentary character, but it is also poetic and suggestive. His photos provide a counterweight to the emotional photos of refugees familiar to us from newspapers and television. 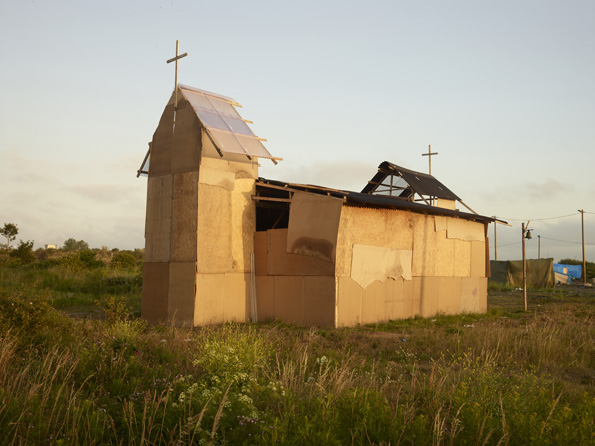 Photographer Henk Wildschut, who has been visiting Calais regularly since 2005, captures this development in the exhibition Calais - From Jungle to City that will be on show in Foam Amsterdam from 8 April until 5 June.

THE WALL
Simultaneously to the exhibition in Foam, The Wall at the Kattenburgerstraat in Amsterdam shows eighteen impactful billboard sized photographs by Henk Wildschut from his series Shelter 2010 – 2016. The presentations at The Wall are free to access and part of Europe by People programme.

This project is made possible through the support of The Democracy and Media Foundation, the Mondriaan Fund and Kleurgamma.