After the death of Willem Vrolik, his collection was under threat of public sale. An Amsterdam citizens committee acquired the collection in its entirety in 1869 and turned it over to the city. The collection forms the foundation of the sizeable Vrolik Museum, which is managed by the AMC. Hans van den Bogaard was commissioned by the AMC to photograph a selection from the collection, which has been specially printed for the exhibition and is displayed together with a few of the original specimens.

With more than five thousand specimens, the Museum Vrolikianum was an astonishing sight one hundred and fifty years ago. In the nineteenth century this museum had become a world renowned collection to which scientists came to marvel from both home and abroad. 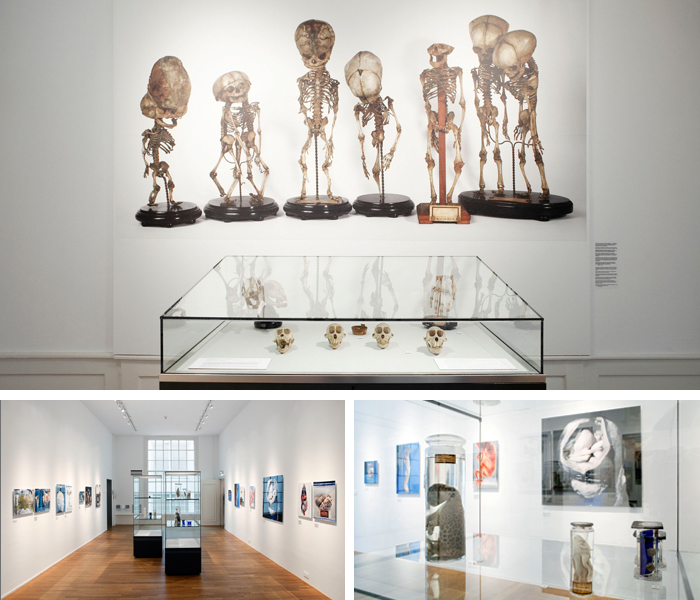 The photography series transcends traditional scientific photography in which the medium primarily serves a specific branch of science. Van den Bogaard has succeeded in creating many photos which fascinate not only because of what they depict, but because of how the specimen is depicted.

The use of both natural and artificial light, his choice of a particular camera and special lens and his well-considered use of the blue background in photographing many of the specimens ensure that the photos far surpass the straightforward recording of a collection.