Gordon Parks in Motion
On Friday 14 July Foam and Da Bounce Urban Film Festival are organising a screening and discussion of the movie Shaft (1971) at Pakhuis de Zwijger.

By directing The Learning Tree, Parks achieved great fame for being the first African American director that made a mainstream Hollywood movie. With his detective Shaft Parks introduced audience in cinemas to the world’s first black action hero: John Shaft. The film marked and inspired the beginning of series of movies that would come to be known as Blaxploitation; movies were initially specifically were made for a black audience, working with a black cast and urban storylines. 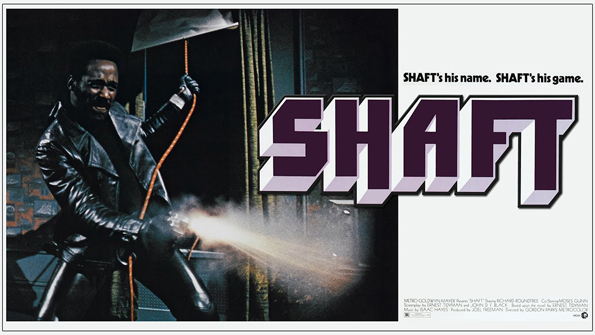 Foam attaches great value to being able to exhibit Parks’ work especially in light of current developments and discussions in society. On Friday 14 July, Foam and Da Bounce Urban Film Festival will organise a screening of the movie Shaft (1971) at Pakhuis de Zwijger. After the screening there will be a discussion with professionals from the film industry about the relation between the work of this Renaissance man and the influence on contemporary film.

ABOUT GORDON PARKS - I AM YOU
Until 6 September 2017, Foam presents the retrospective exhibition Gordon Parks - I Am You. Selected Works 1942 – 1978. Parks referred to his camera as his ‘weapon of choice’ and used photography as a tool to expose to expose the deep divisions in American society.

Tickets to Gordon Parks in Motion will grant you a reduction to visit the exhibition at Foam. Until 6 September 2017, the closing day of the exhibition, you can visit Foam for € 5,-.

> more about the exhibition

ABOUT DA BOUNCE URBAN FILM FESTIVAL (DBUFF)
DBUFF is the Netherlands' first urban film festival. With its variety in new releases, classics, narrative features, shorts and documentaries, the events celebrates the cinematic diversity. The next edition of DBUFF will be taking place from 2-5 November at Bijlmerpark theater and Pathé Arena cinema.

Gordon Parks - I Am You. Selected Works 1942 – 1978 is made possible with support from the American Embassy and the Democracy and Media Foundation. With special thanks to The Gordon Parks Foundation. The exhibition was organised in collaboration with C/O Berlin.