Especially for Gallery Mercatorplein Foam selected three artists who had or will have an exhibition at Foam in 2017: Diego Moreno (Mexico, 1992), Osborne Macharia (Kenya, 1986) and Stefanie Moshammer (Austria, 1988). Foam 3h is the exhibition space where recently graduated artists are invited to present their first museum exhibit. 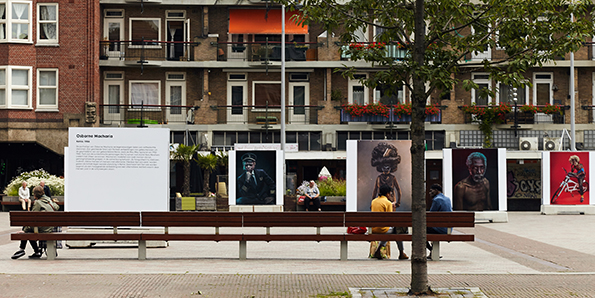 ABOUT DIEGO MORENO
Referencing the Mexican style of magical realism, Moreno fuses apocalyptic visions of the Catholic religion with pre-Hispanic traditions. Over three years Diego Moreno staged scenes of panzudos in domestic spaces, portraying the home as a place plagued by ghosts to evoke the disturbing history of his family.

ABOUT STEFANIE MOSHAMMER
Moshammer, who is based in Austria, presents visual stories connected to her own experiences and observations. Her personal impressions of remarkable locations result in colourful and poetic images. Stefanie Moshammer is the first recipient of the Florentine Riem Vis grant for her work Vegas and She and the series Land of Black Milk, which she photographed in Rio de Janeiro.

Gallery Mercatorplein is made possible thanks to the City of Amsterdam, District West.