Alphonse Bertillon (Paris, 1853 - 1914) was a French police officer who developed "judicial anthropometry", based on physical measurements and photography. Anthropometrics was the first scientific system to be used by police to identify criminals (previously, the only way was to use unreliable eye witness accounts). Bertillon's method was eventually eclipsed by fingerprinting, but his contributions, such as the mugshot and the system of photographing the crime scene, remain in use today.

His system can be extended to all individuals; for Solinas, our face is a surface where Bertillon’s inquisitive presence still remains.

The exhibition compiles the various facets of Solinas's study in a photographic installation: photographs, voices, a handmade paper mask, the book in which the individual components of Bertillon's face are included, and an instructional video of how to make a three-dimensional mask from the book. 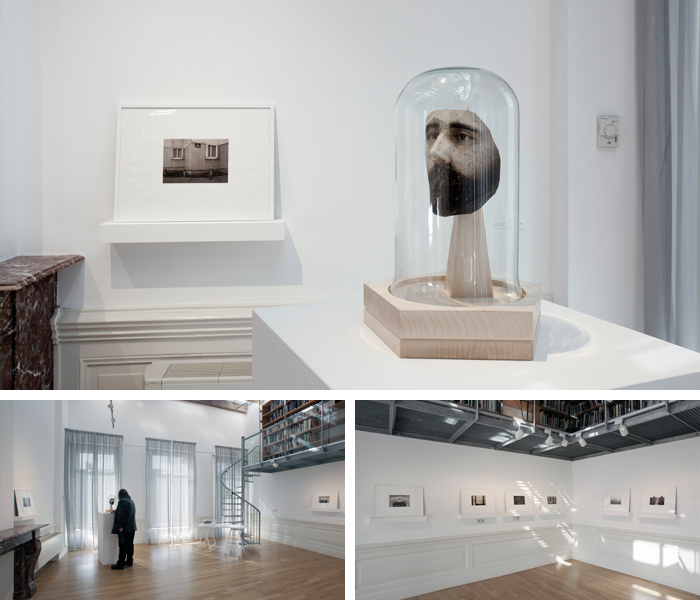 Solinas used Bertillon’s own portrait (head-on and in profile) from his 1893 file, created in order to promote his identification system. Running it through software specifically designed to perform facial analyses, she produced a three-dimensional interpretation in paper. Solinas subsequently cut this up into separate pieces and organised them to recreate Bertillon's omniscient face.

The mask is accompanied by photographs. Starting from the biography The Life of Alphonse Bertillon, Inventor of Anthropometry, written by the inventor's niece Suzanne Bertillon in 1941, Solinas identified and photographed various sites in the Paris area that played a significant role in Bertillon's life and career. The photographs are narrated by a voice reading excerpts from the book.

This exhibition was made possible in part by the Van Bijlevelt Stichting and the Gieskes-Strijbis Fonds.

ABOUT STÉPHANIE SOLINAS
Stéphanie Solinas uses her work to explore contemporary ideas about identity that are informed by practical applications within photography. Solinas studied photography at ENS Louis Lumière. Her work is featured in the collections of the Bibliothèque Nationale de France and Musée d'Art Moderne Centre Georges Pompidou, as well as numerous private collections. Stéphanie Solinas's work has been published in a variety of international magazines and shown in exhibitions in France, the UK, Switzerland, Spain, Italy, Germany, the Czech Republic, Ecuador, Japan and the US. Solinas lives in Paris (France) and Barcelona (Spain).