Eva Marie Rødbro
For this exhibition, Eva Marie R&oslash;dbro travelled to Texas, where she photographed and filmed a group of young people in their daily lives.

Rødbro focuses in her work on themes such as solitude and isolation. In her earlier project Fuck you kiss me (2008) she portrayed young people in desolate Greenland, an environment where isolation is unavoidable and time seems to stand still. There she photographed the shy, young inhabitants against an icy backdrop. In Texas Rødbro has captured youngsters in their pre-adolescent phase, a period in which uneasiness and insecurity are key issues. In search of intimacy and identity, these young people spend their days doing little more than visiting each other, hanging around together and falling in love.

In addition to her own work, Rødbro has made a selection of photos from MySpace, where one of Rødbro’s subjects has been photographed by her friends. Lone Stars combines portraits, still lifes and landscapes, shot in a natural style that is distinctive as well as personal. The exhibition consists of approximately forty colour and black-and-white photos and a video work. 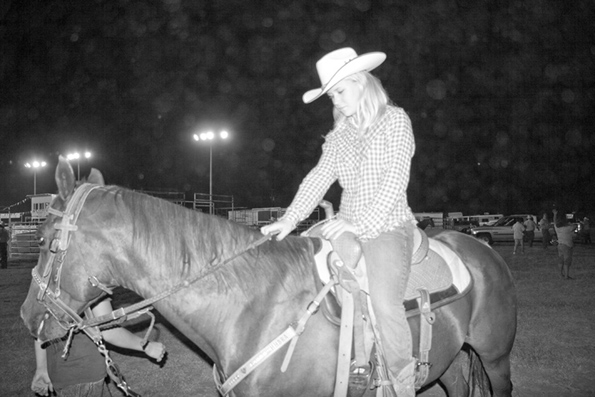 ABOUT EVA MARIE RØDBRO
Eva Marie Rødbro spent a year studying at Fatamorgana, the Danish school of art photography, and graduated from the Gerrit Rietveld Academie in Amsterdam in 2008. In that same year, she was nominated for the Steenbergen Stipendium Award. Rødbro has participated in exhibitions in the Brandts Museet for Fotokunst and the Peter Lav Gallery in Denmark, and during PHotoEspaña and FotoGrafia Festival Internazionale di Roma. In the Netherlands she has exhibited her work in the Nederlands Fotomuseum and during the Epson Fotofestival Naarden. Rødbro’s publications include Dubi (2005), Collectables (2007), Limbo (2007) and Fuck you kiss me (2008).

Eva Marie Rødbro – Lone Stars is made possible with support from the Van Bijlevelt Stichting and &Samhoud.