Esther Kroon
Esther Kroon successfully developed an individual vision and a characteristic style at a young age. She was killed during a robbery in Guatemala at age 25. Her legacy is a small but impressive oeuvre.

This exhibition is Foam’s ode to the extraordinary work of Esther Kroon (1966). Kroon became interested in photography after high school. A class taught by photographer Rineke Dijkstra furthered this interest. Dijkstra’s photography style and search for a personal identity in the portraits had an influence on Kroon’s work.

Kroon mainly photographed street children, with the streets and the neighbourhoods forming the background of the images. Her photos are moving but never move into cliché territory, which often happens with photographs of children. The images are characterised by honesty and openness.

The children pictured are both curious and hesitant. The hard flash and the often low perspective create penetrating photos and give the images a rather dark and ominous feeling, bringing to mind the photos of Diane Arbus. 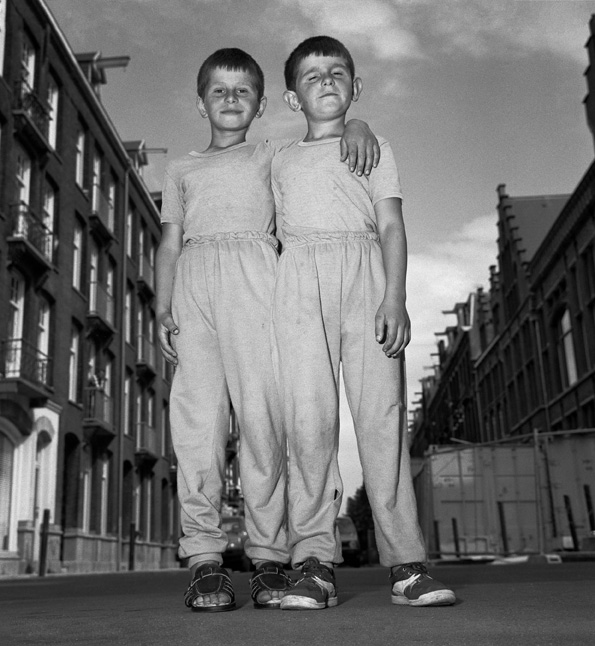 In 1988, Kroon spent three months in Barcelona and made a series of photos of gypsy children. These photographs led to the Amsterdams Fonds voor de Kunst approval of her plan to create a series of Amsterdam children pictured where they live. A year later, Kroon decided to study at the Gerrit Rietveld Academie to further develop her craft. In 1992, her long-cherished dream of traveling to Latin America became reality, and she left for Guatemala. Here too, she wanted to photograph children and also pay a visit to photographer Luis Gonzalez Palma, whose work she admired. Sadly, after just four days in Guatemala, Kroon was robbed of her camera and her life.