Doina Kraal creates installations on location, making use of video, photography and sculpture. In these installations Kraal creates her own personal world – recognisable elements are juxtaposed against an unfamiliar reality. Realistic and artificial, old and new, and present and past alternate throughout the work.

The In de Rarekiek installation allows the visitor to step into another world, a world which surprises and amazes.

Kraal has designed a life-size diorama, nine metres long, four metres wide and two and a half metres high. Peepholes line the front of the structure. This diorama is a reference to the so-called ‘Wunderkammer’ produced in Europe during the Renaissance. It was a room full of curiosities and forerunner of the museum as institution. This cabinet of curiosities was the domain of scientists and intellectuals, where objects and strange articles were collected and classified.

With In de Rarekiek Kraal examines science from a strong desire for imperfection. Her search for imperfection and asymmetry breaks through the classical ordering and categorising of objects. The objects she displays are for the most part indefinable and cannot immediately be traced back to something, whereby the meanings are muted – creating an imaginative and magical microcosm. 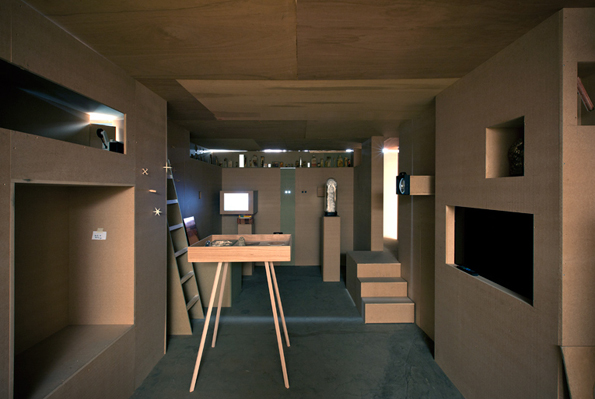 Installation shot of In de Rarekiek at Voormalige Stadstimmertuin, 2012 © Foam

In de Rarekiek can be considered as a key work in Kraal’s oeuvre. Her studies over the past years of archives, stories and collections come together in this work. Fascinated by the present and the past, aspects in her work refer to her own memories and events, and she investigates her own worldview.

ABOUT DOINA KRAAL
Doina Kraal (1980) graduated from the Fine Art and New Media department of the Gerrit Rietveld Academie in Amsterdam in 2002. She then earned a Master in Fine Art at the Central Saint Martins College of Art in London. Her work has been shown in the Point Blank Gallery, Johannesburg (2005), Times Square Gallery, New York (2008), Museum Boymans van Beuningen, Rotterdam (2010), Soledad Senlle Gallery, Amsterdam (2011) and other locations in the Netherlands.