Distant Love
Join us for an evening of discussions around the topic of women and surrealism with national and international experts.

ATTENTION: Online ticket sales are now closed for this event. Tickets can still be bought at the entrance.

Following the roundtable discussion, the audience will have the opportunity to view an exclusive film collage (duration circa 30 min.) with examples of surrealism in film history, created by Patricia Pisters (professor of Media and Film studies, University of Amsterdam). In conversation after the screening, Patricia Pisters and Marcel Feil will further elaborate on the film fragments. 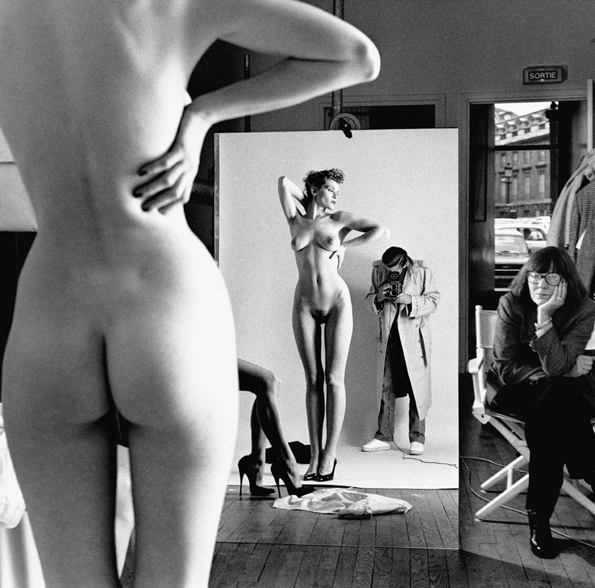 Women are central in Helmut Newton´s highly versatile oeuvre. Newton adored women, especially powerful, sensual and seductive women. At the same time Newton´s women have something cold, distant and detached about them. They are sometimes more stylized objects than beings made of flesh and blood. It is this mis-en-scene in which Newton puts his subjects that often creates an ambiguous story.

The particular fascination for women, the imagination of women as a dominant force that is both attractive and frightening, and the complex psychological power play around gender relations are reminiscent of the obsessive way certain surrealist artists such as Hans Bellmer and Salvador Dalí approached the subject.

The Helmut Newton retrospective delves deeper into the way women are portrayed in surrealism, the place they occupy in the work of certain surrealist artists and the often complex meanings of eroticism, sexuality, power, violence and voyeurism within their oeuvres. All the while establishing a link with the work of Newton. The work of diverse artists such as Salvador Dalí, David Lynch, Alfred Hitchcock and Helmut Newton will be discussed throughout the evening.