His images in predominantly black and white – sometimes with a subtle hint of colour – show a haunting, indefinable world with shadowy, anonymous apparitions and nondescript places, contrasted with sublime, colourful representations of skies and clouds which evoke feelings of timelessness.

During the 2013 Unseen Photo Fair, an international jury of young curators selected the Japanese photographer Daisuke Yokota and rewarded him with a solo exhibition in Foam. This selection took place as part of the inaugural Outset | Unseen Exhibition Fund.

With his strongly contrasted black-and-white photography, Yokota appears to be working within the Japanese photography tradition. However, a close examination of his work reveals an individual approach in which the elements of process and intervention play an important role. 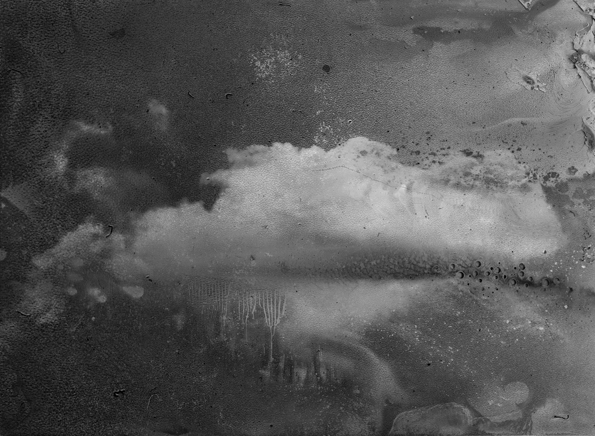 He uses a combination of digital photography and traditional film to shoot and re-shoot images, which he then manipulates further using other techniques such as photocopying and Photoshop. He has set up an improvised darkroom in his apartment where he can freely experiment with analogue techniques and chemical processes, where chance is also allowed to leave its traces on the final image.

Yokota adds layer upon layer to his work, with each layer offering new potential for the next image, leading to alienated, mysterious and poetic representations of a different sort of world. 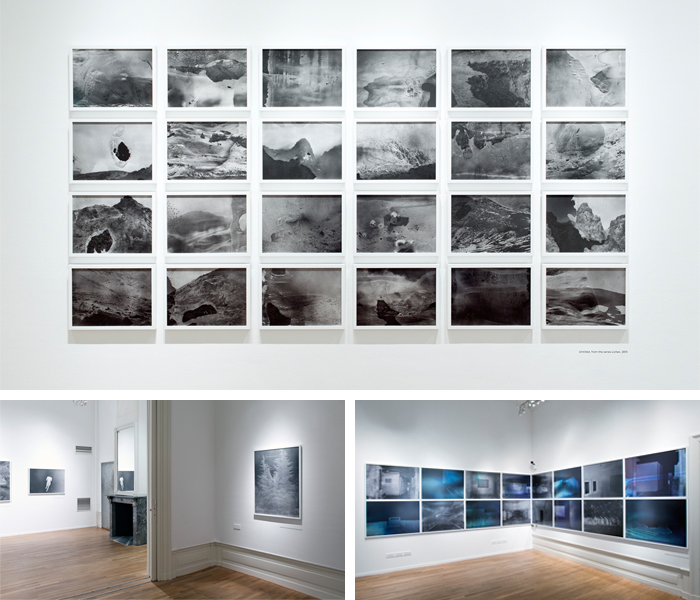 The works, taken further and further away from the original image by endless repetition, are partly inspired by electronic musicians such as Aphex Twin. Yokota takes the same ideas of echo, delay and reverberation that influence the sense of time in their music and applies them to his own visual work.

Daisuke Yokota feels that the lack of a sense of duration and perception of time is a weak point in photography, so he experiments with other ways of evoking the aspect of time in his work. For example, by creating images that refer to memories, dreams, or mindscapes that enable the viewer to make a mental journey through time.

ABOUT DAISUKE YOKOTA
Daisuke Yokota graduated from the Nippon Photography Institute in 2003. In 2008 he received an honourable mention in the 31st Canon New Cosmos of Photography, and he won the grand prix of “1_Wall Award”. Yokota is represented by G/P Gallery in Tokyo. He has several publications to his name, including various self-published books and zines and such recent publications as Site/Cloud (Artbeat Publishers, 2013) and Untitled (Goliga Books 2013). His latest book Vertigo will be published soon (by Newfave books). Daisuke Yokota is a member of the international artists collective AM projects and the Japanese photographers collective mp1.jp. He was responsible for the art direction of the video clip of the Danish singer Majke Voss Romme, aka Broken Twin.

ABOUT OUTSET | UNSEEN EXHIBITION FUND
This exhibition has been organised as part of the Outset | Unseen Exhibition Fund, a unique partnership between Unseen Photo Fair and Outset Netherlands, providing a new institutional platform for emerging talent. Scouting the fair before opening hours, each year the selection committee selects one artist exhibiting at Unseen for a solo exhibition at Foam. The selection committee for 2013 comprises Sophie von Olfers (1979, lives and works in Frankfurt), Nathanja van Dijk (1984, lives and works in Amsterdam) and Orit Bulgaru (1978, lives and works in Tel Aviv).