Cristina De Middel
In 1964, a Zambian teacher set an ambitious plan in motion: he wanted Zambia to put the first African on the moon.

Photographer Cristina De Middel chose a little-known episode from Zambia’s history as the starting point for her project The Afronauts: a space programme which suddenly entered Zambia in the space race with the United States and Russia. Due to a lack of financial resources, however, the initiative was doomed to fail.

Fifty years later, De Middel reconstructs this story, using her own imagination. Foam shows the outcome of this project in an exhibition that makes no reference to disappointment or defeat: instead we view fantasy-rich and colourful images full of humour, with wonderful self-created props, unexpected twists and unusual visitors. 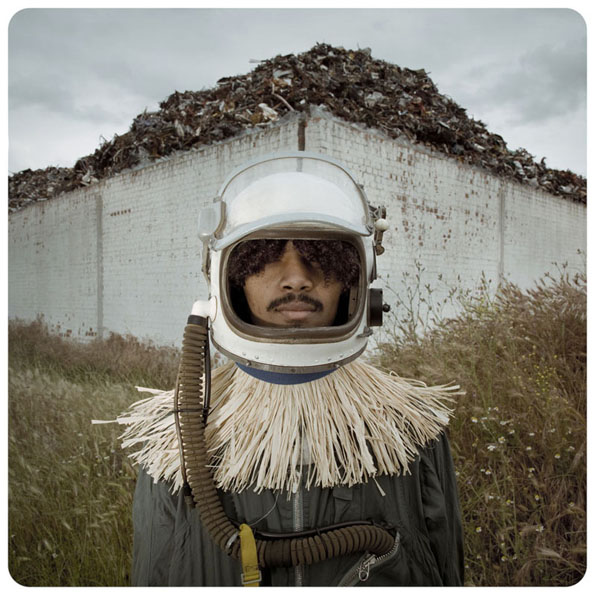 Jambo from the series The Afronauts, 2012 © Cristina De Middel

In The Afronauts, De Middel combines set-up photography with copies of typed letters and reproductions of vintage photos. Although The Afronauts is in fact based on a failed undertaking, the project includes nothing that refers to the failure – on the contrary.

The photos have an upbeat look thanks to De Middels’s fanciful space suits, playful astronaut training sessions and a Zambian flag with a smiley face. Other characters also appear against the background of the rugged landscape of Alicante, including an elephant presented as a space creature and a cat dressed in a starred costume, which according to the story also was planned to be launched into space.

The self-published book The Afronauts (2012) was sold out within two months. The publication was shortlisted for the Aperture First Photobook of 2012. Cristina De Middel has recently been nominated for the Deutsche Börse Photography Prize 2013.

ABOUT CRISTINA DE MIDDEL
Cristina De Middel (born 1975 in Alicante, Spain) is a documentary photographer and artist currently living and working in Uruapan, Mexico. After a successful photojournalist career of nearly ten years, De Middel discovered that she had become disappointed in photojournalism and that her viewpoint toward the consumption of ‘authentic’ images and the untruths that accompany them was becoming increasingly cynical. The Afronauts is De Middels’s first successful attempt to design her own ideal world. De Middel’s work shows that fiction can serve as the subject of photography just as well as facts can and that our expectation that photography must always make reference to reality is flawed.