With this action, he reproduced a common practice used to boost the popularity of celebrities or political personalities on social media platforms.

By equalizing the amount of followers on each account, and inherently removing the issue of quantified popularity from this part of the art scene, Dullaart was called the Lenin of social media; a symbolic act of socialism on social media. Furthermore, Dullaart points to the implications of the attention economy, based on audience as the ultimate commodity. The generation of a mass of followers is key to artists creating a brand online, performing a continuous LARP (live-action role play) as part of their work. The way in which audience precedes the work of an artist, creating a place for it in the art world, goes through the same channels of a system which capitalizes on social markers: preferences and likes online become value in terms of legitimacy and market presence. 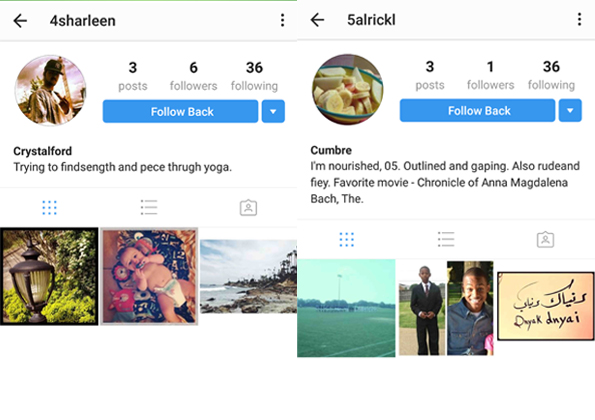 The printed Instagram profiles are physical realizations of a selection of the fake accounts acquired and used by Dullaart. The artificial profiles are created from ‘scraped images’, without the consent of copyright, the biographies copied and ‘spun’ from existing accounts. The contents are manipulated to induce spelling mistakes so that the original users cannot find their altered profile through Google searches or other means. Most of these bots have 3 to 5 randomly cropped image uploads, follow thousands of accounts and in turn are followed by few to none. 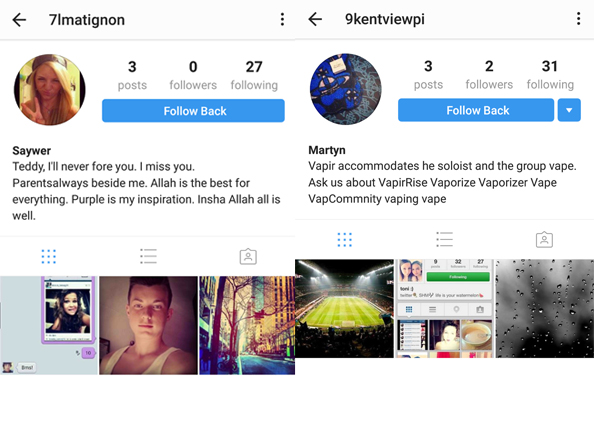 In the light of the 'hacking' and abusing of Facebook and Instagram accounts, the distribution of 'fake news' and the manipulation of public opinion 100,000 Followers for Everyone is now more relevant and up to date than ever. Foam therefore considers it very important to show this work.