Book launch Sutra
Foam Editions is pleased to invite you to the launch of the photobook Sutra on Thursday 27 July.

Photographer Rohan Thapa and designer Eloi Gimeno joined forces in making the minimalistic photobook Sutra. No less then five different paper types were used for the series of black and white photos made by the Nepalese Thapa. 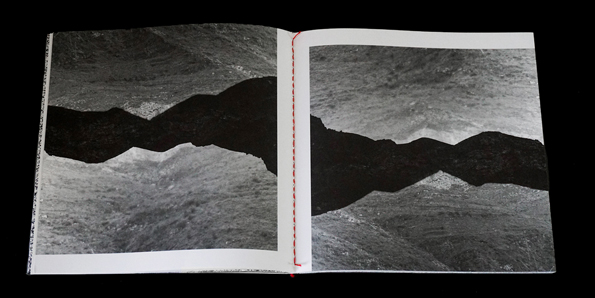 Sutra means ‘string’ or ‘thread’. Using photography as a ritual Rohan Thapa braids several narratives in one. The intertwined series show us an escape through the hollows of trees, an experience of air pollution by a multinational in blank sheets, the visual fragility of a community and a connection from mountains to the soul. Sutra is a book that shares a visual and tactile experience between and within space, consumption, blindness and nature.

Rohan Thapa graduated in political science, and currently works as a photographer based in Spain. His photographic works mainly focus on social and political identities with an emphasis on the environment.