Beautiful Obsession
Foam devotes an evening to the versatile oeuvre of Masahisa Fukase (Hokkaido, 1934-2012), one of the most radical and experimental photographers of the post-war generation in Japan.

ATTENTION: due to unforeseen circumstances this event is cancelled.

In the context of the retrospective Private Scenes, experts Tomo Kosuga and Simon Baker, will broaden your perspective on the versatility and idiosyncrasy of the artist. Apart from the sombre black-and-white of his famous series Ravens (1975-1985), attention will be paid to his playfully painted selfies and giant polaroids, amongst others. For the interested layman this evening will present a colourful introduction to the work of this remarkable artist; the expert will be presented with material from the archives that has never been shown before.

A large part of Fukase's work remained inaccessible for over two decades, following a tragic fall that left the artist with permanent brain damage. After his death the archives were gradually unclosed, revealing a wealth of material that had never been shown before. The event takes place in the context of the large-scale retrospective in Foam devoted to his work, presenting original prints from the Masahisa Fukase Archives in Tokyo. His personal, highly intimate subjects and huge number of self-portraits indicate the almost obsessive way that the artist related to his surroundings, and to himself. 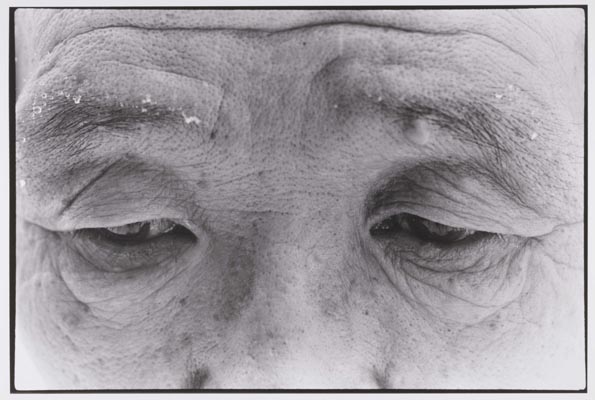 Untitled 1975, from the series Memories of Father © Masahisa Fukase Archives

PROGRAMME & SPEAKERS
Foam curator Hinde Haest will go into a conversation with Tomo Kosuga, director of the Masahisa Fukase Archives, about the foundation of the archives, the materials that have surfaced over the years and the extraordinary visual biography they present. Simon Baker, director of Maison Européenne de la Photographie, will speak about the generation of Japanese photographers which Fukase is considered to be part of, the way their work found a place in the photographic canon and how the recently discovered work of Fukase invites us to rewrite this history.

The exhibition Masahisa Fukase - Private Scenes is made possible by the Japan Foundation. With special thanks to Kyotographie, Frameman and Kleurgamma Fine Art Photolab.