On the occasion of the exhibition Roger Ballen & Asger Carlsen - No Joke at Foam, Ballen and Carlsen will discuss their individual artistic practices and their collaborative project No Joke during a Q&A with curator Mirjam Kooiman. Participants will have the unique opportunity to purchase the almost sold out limited edition book, No Joke (Mörel Books, 2016), and have it signed by the artists. 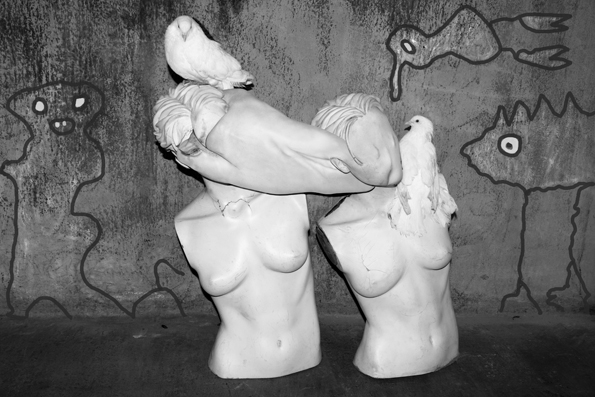 ABOUT THE BALLEN & CARLSEN COLLABORATION
Although Roger Ballen lives in Johannesburg and Asger Carlsen in New York, the two artists have been working together online for some four years. In their bizarre universe, Carlsen’s use of the human body as a plastic medium and Ballen’s interest in collages and the occult merge together. They create an outlandish world full of distorted bodies, manic creatures, flesh and rough sketches in black, white and grey. Both frightening and intimate, their work demonstrates fiction’s power to delve more deeply into the human spirit, compared to reality.

COLLABORATE! A YEAR OF VISUAL ENCOUNTERS
The exhibition Roger Ballen & Asger Carlsen - No Joke is part of Collaborate!. To celebrate its 15th anniversary, Foam is organising a broad range of activities throughout 2017 united by the theme of collaboration, under the title Collaborate!.