Antiphotojournalism
New methods of reporting the news, new imaginations of what the news might be, have given birth to the most interesting ideas. This critical approach is called, following Allan Sekula, &lsquo;antiphotojournalism&rsquo;.

Photojournalism is in the midst of a remarkable, and singularly unexpected, renaissance. New practices, strategies, viewpoints, techniques, and agents have radically transformed the institutions and the fundamental concepts of the field. Whilst it has become fashionable to lament the death of photojournalism, actual events suggest that something quite different is taking place.

Antiphotojournalism provides a profound and passionate fidelity to the image, unleashed from the demands of the traditional approach of photojournalism. It has a multiplicity of forms, such as film, video, slides, web-based presentations and many more. It is freed to ask other questions, to make other claims, to tell other stories.

Sometimes the gesture is reflective. Sometimes the desire is evidentiary not in the old sense of simply offering the ‘evidence’ of images to an assumedly homogenous public opinion, but in a much more precise way: photographs have become evidence in war crimes tribunals. Sometimes the innovation is technological, whether it involves working with the hi-tech resources of advanced satellite imagery or the low-tech crowd-sourcing of participatory protest imaging. Sometimes the practices are archival. And sometimes the question is simply whether we even need images at all. 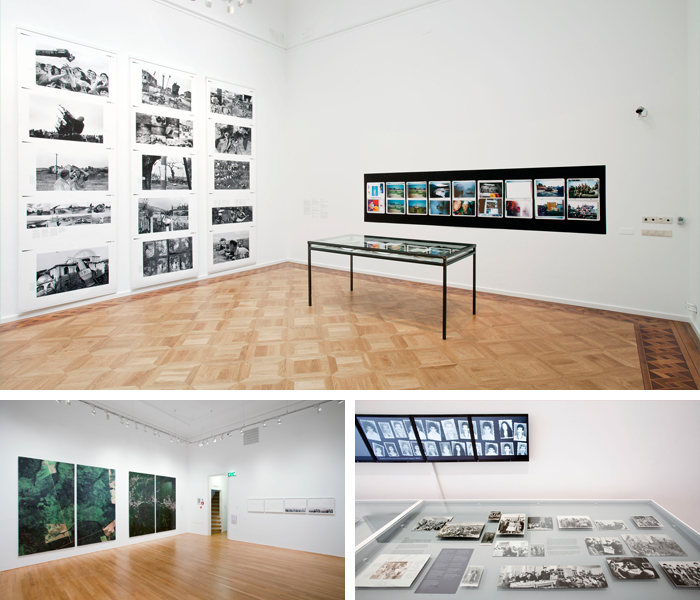 The exhibition juxtaposes reportages by established Magnum practitioners with material from autonomous artists and even amateurs. The works can be viewed in a myriad of ways, from slide shows to YouTube films, from music videos to satellite imagery and archival material.